In recent months, government employees in Russia, Australia and the United States have been reprimanded for using government computing power to mine bitcoins and other cryptocurrencies. As home crypto mining has become less and less profitable, these moonlighters were seeking to widen their profit margins by using more powerful work computers. For those who have made the investment in home or professional-level crypto mining gear, another profit making mining opportunity has arisen, lending GPU power resources to advanced video surveillance systems.

Faceter’s founding objective was to develop low cost video surveillance security for consumers and small business. The South African startup identified decentralized, distributed computing technologies, known as “fog computing”, as the way to achieve this goal. So why should miners switch jobs? Faceter has determined that miners can make double or triple the profit in the new mining gig.

Security Cameras Heading Into the Fog

Fog computing reduces one of the highest costs associated with operating video surveillance systems—GPU processing power. Fog networking is a working blueprint for other parts of the next generation video surveillance network. The Faceter system is managed through smart contracts on the blockchain, a decentralized, distributed computing network.

Distributed computing is also the ideal host for the Internet of Things (IoT), which will become an important part of next generation video surveillance systems. The smart home system, for example, will link video surveillance systems with fire, car and other sensors and alarms. For business and government accounts, Faceter envisions connecting its facial recognition technology to warehouse management systems and drones.

Fog computing integrates these systems into an interoperable video surveillance network. The increasingly interconnected video security system operates more efficiently at the network edge at a much lower cost than that of cloud solutions.

Fog computing tackles an even larger cost front—the GPU power required to run advanced video surveillance systems. Video security cameras are always on. Faceter’s intelligent software based on AI-algorithms will add advanced detection solutions, including facial recognition, objects and actions or events detection and will make this data actionable, depending on the event. This advanced functionality requires more computational power.
The power demand makes the main players in the Faceter system the GPU miners. Video cameras will be connected to video hubs where the data is obfuscated to ensure privacy. Behind each hub is a pool of miners. The miners are connected to the system via a smart contract, which pays them in the Faceter token (FACE). Consumers will be able to subscribe to the smart video surveillance system for a low monthly fee.

If the pre-ICO sale is any indication, interest is very high in the market for Faceter video surveillance technology. It took only 20 seconds to sell out of $10 million in tokens. Faceter is running its token sale from February 15th to March 30th. Don’t miss your chance to buy FACEs. 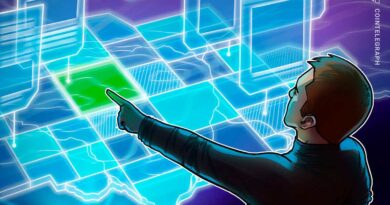