Home » Crypto » Are Cryptocurrency Exchanges Lying About Their Volumes?

A dramatic piece written by cryptocurrency trader Sylvain Ribes, published in Medium, claims to reveal that a large part of the trading volumes claimed by some major cryptocurrency exchanges is actually fictitious. Ribes says that his investigation reveals that more than 3 billion USD of daily volume is completely made up.

He identifies the biggest culprit as OKex, which is currently ranked as the biggest exchange in the world on coinmarketcap.com, with daily trading volumes displayed as more than 1.5 trillion USD.

Ribes wrote: “It is an absolute disgrace that CoinMarketCap and LiveCoinWatch should list these scamholes alongside sometimes struggling legit exchanges.”

The writer’s discovery was accidental – he actually wanted to check volatility by seeing to what extent cryptocurrency prices would be affected by the selling of 50,000 USD of a given coin. What he found instead were massive discrepancies in slippage between exchanges – “the kind that can only be explained by some figures being overstated as much as 95%.”

Slippage is a term common amongst foreign exchange traders – it means the difference between the price of an asset, and the price that you actually pay. The difference occurs because the market can change in the time that it takes to request, process and execute an order. Imagine that you go to an electronics shop to buy the latest boom-box radio set to impress your friends. On the shelf, the set costs 15 euros, and you pick it up and carry it to the till. Once you get there however you are informed that the price is now 16 euros, because the market changed in the time that it took you to walk from the shelf to the till. If you were to decide that you no longer wanted the boom-box radio set, and returned it to the shelf, you may well find that the price has risen still more, or even dropped to below 15 euros.

The following chart displays volume as a function of slippage for a number of cryptocurrency exchanges. OKex is marked in green: 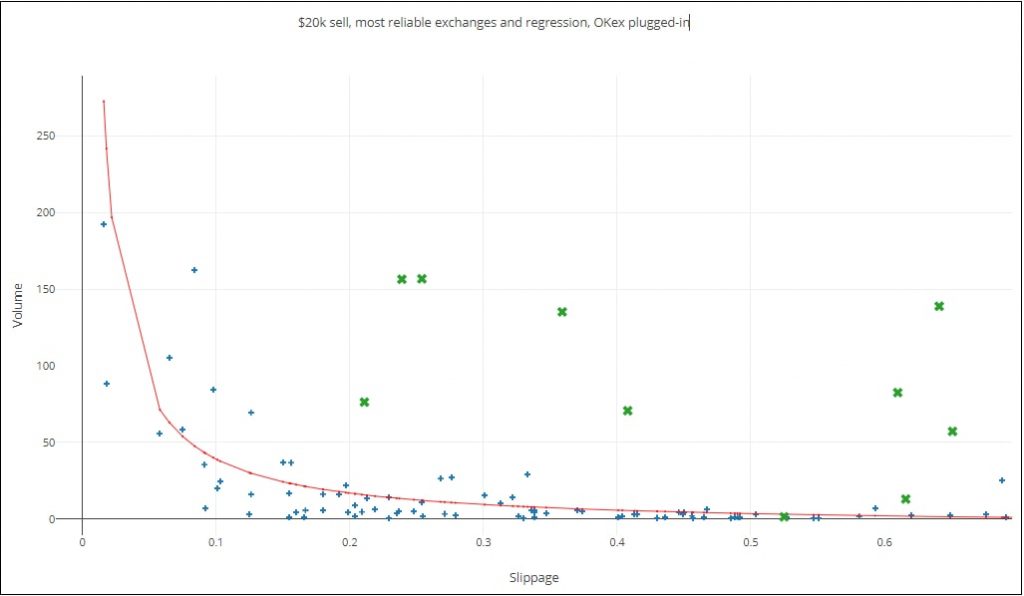 One doesn’t need to particularly understand what slippage is to see that there is a conspicuous outlier in this chart. Ribes calculates that OKex volume is, at a conservative estimate, 92.9 percent fabricated. This dramatic claim is supported by another suspicious-looking image: 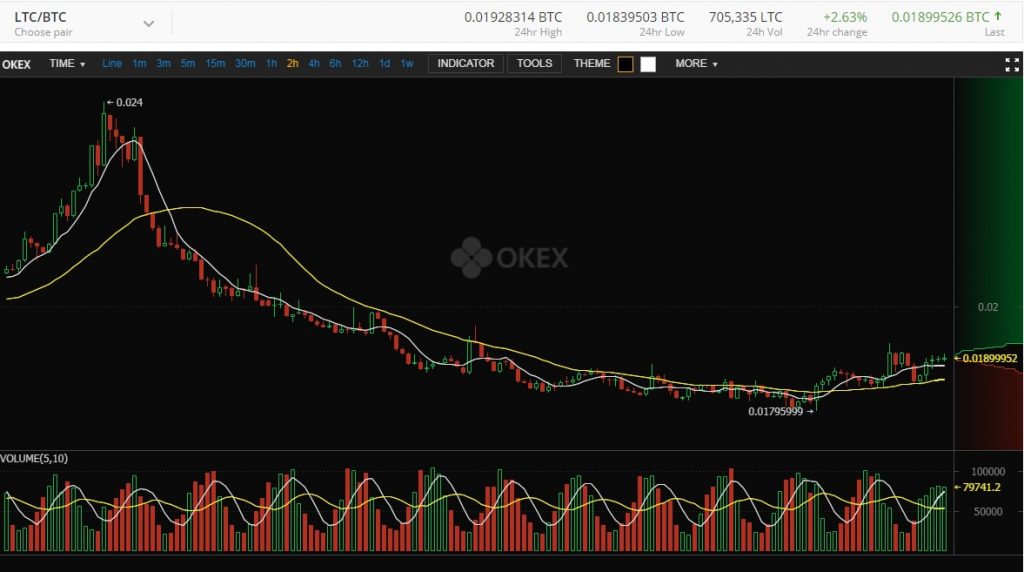 Again, no expertise is needed to understand that the sine wave pattern seen below most likely does not represent the organic movement of a currency market – Ribes calls it “laughingly obvious and artificial”.

Using the same methodolgy, Ribes found that Huobi, another Chinese exchange, invented 81.8% of its trading volumes. The author also had some issues with Binance, but was careful to note that he did not find any suspicious activity regarding its claimed volumes.

What is worrying about his findings is the extent to which cryptocurrencies themselves rely on these huge exchanges – as Ribes points out, over 30% of the volumes of both Bitcoin Cash and Litecoin are going through OKex at any one time. Or so it claims.

It should be noted that Ribes lists caveats to his research such as data volatility, time examined, variance, hidden orders – that is, variables that he did not take into account. He does not claim that his investigation is exhaustive, but does say that it is undeniable that something fishy is going on.

If his assertions are true, traders should be worried. The cryptocurrency market is not characterised by its stability at the best of times, and evidence of large-scale manipulation is unlikely to improve matters. 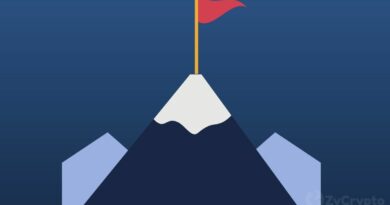 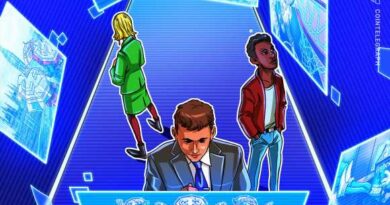