Volatility is in the air, as bitcoin and other cryptocurrencies see-saw, with the arrows trending downward. At mid-morning, bitcoin was at the $9,300 per single coin level, continuing its meltdown from near $12,000.

The rest of the markets continued yesterday’s red arrows, with most coins losing. Ethereum is now at $707 this morning, while Litecoin is at $177, both low points and down significantly.

The recent round of regulatory saber-rattling, China’s continuing crackdown on its citizens’ attempts to trade in digital currency, and the general bearish of the market since the beginning of the year are squelching any sustained momentum. Bitcoin’s failure to hold above the $10,500 mark may mean a new floor far below even today’s levels.

The average price on the surveyed exchanges, as weighed by volume, was $9,844.99.

Volatility was a bit lower than average, with the BlockTribune Volatility Index coming in at 45.3. A higher number indicates greater price volatility with 50 describing an average day.

These statistics were consolidated from 8 different exchanges. It includes only BTC/USD trades and only on those exchanges that had at least 1% of the total volume of BTC/USD trades during the measurement period. 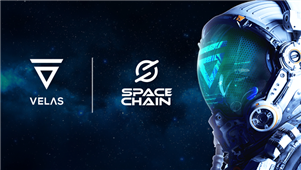 Bitcoin Could Emerge As A ‘Threat’ To US Dollar In Future, Suggests St. Louis Fed Chief