Google has decided to ban crypto mining extensions from the Chrome Web Store. The decision was taken on April the 2nd due to the fact that 90% failed to comply with the current rules. The information has been released yesterday by google in a blog post.

Google’s main purpose is to protect users from malicious cryptojacking attacks that are present in the extensions banned. According to James Wagner, Extensions Platform Product Manager, explained that Google allowed crypto mining extensions if they complied with the platform’s policies.

“Until now, Chrome Web Store Policy has permitted cryptocurrency mining extensions as long as it is the extension’s single purpose, and the user is adequately informed about the mining behaviour.”

Cryptojacking activities have been present in the news due to the fact that several hackers infected important websites (like YouTube) mining scripts that used the visitor’s CPU power to mine virtual currencies. Just one in then extensions related to mining activities complied with Chromium’s policies.

“The extensions platform provides powerful capabilities that have enabled our developer community to build a vibrant catalog of extensions that help users get the most out of Chrome. Unfortunately, these same capabilities have attracted malicious software developers who attempt to abuse the platform at the expense of users.”

Cryptocurrency advertisements will also disappear from Google Adwords. June has been selected as the date in which cryptocurrency advertisements will no longer be displayed by Google Adwords. The main reason behind this decision is that there are several Initial Coin Offerings (ICOs) that are scams and other virtual currencies that are running fraudulent schemes.

A similar position has been taken by Facebook, generating controversy among the crypto community.

Fidelity Set to Debut Blockchain and Cryptocurrency Products by Q4 2018

Abra: A Fiat to Crypto Exchange Wallet Where You Hold the Keys 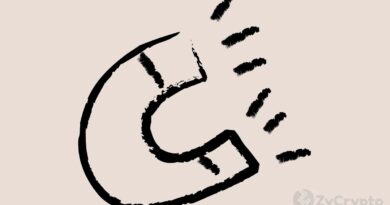 Bitcoin Maximalists May Soon Be Forced to Accommodate DeFi Coins