Dash should be considered as a competitor for the top currencies. It stands at number 13 on coinmarketcap.com and is valued at present at around $360.00, though it has been subject to a fall in value of late.

With this in mind, you might assume that for Dash, the sort of people they want onboard are serious crypto-fanatics. Traders with insider know-how and a passion for the industry. That’s the way to grow in the crypto world, right?

Well, in a recent interview with Finance Magnates, the official spokesperson for Dash, Amanda B. Johnson, has spoken about how Dash are looking to the future, namely how centralisation might affect the currency.

Johnson referred to the team’s vision to become the “first cryptocurrency that doesn’t feel like cryptocurrency” she also referenced the teams drive to capture a new target audience, specifically “the kind of person who is not interested in cryptocurrency”.

With these statements, its pretty clear that Dash want to remove the stigmas that come with operating a cryptocurrency firm, they seem to have a passion for entering the mainstream and believe that the way to do this is not through cryptocurrency adoption and that instead, they want to adopt lay people, normal people who can be drawn in by simplicity, not the other way round.

By cryptocurrency adoption, I am referring to the integration of cryptocurrency into daily payments and cash systems, the method that currencies such as Bitcoin Cash are pushing. Dash’s method is much less subtle and aims to simplify the cryptocurrency process to bring people in and not to just integrate it into society from the outset.

Johnson wants to reach out to people who “are uncomfortable with the appearance of cryptographic addresses, people who are accustomed to the use of a username and password that should be able to log them into the same account from any device”. This is very reminiscent of traditional online banking platforms, platforms that are already familiar even with less tech-savvy generations.

They aim to do this through, what Johnson calls ‘interest bearing accounts’, essentially, Dash want to introduce interest incentive to those who hold a Dash based bank account. So again, much like a traditional bank, users will be paid a percentage of their total account sum over a certain period. At present, there is no detail on what this percentage will be.

Johnson also hinted at an integration with American Express, this follows news of Ripple and Western Unions collaboration and of course recent rumours about Santander tapping into the cryptocurrency market.

Finally, Johnson introduces the idea of master nodes, within the Dash network, users who own at least 1000 dash tokens (the value of these will change remember) will be given master node status. In turn these nodes will automatically become responsible for governing and confirming transactions on the blockchain. This troubles me a bit as I do wonder if this alone is enough to scare off the demographic Dash claim to be reaching for?

Moreover, there are concerns that this reduces decentralisation, an important consideration for most cryptocurrencies. Johnson does claim that at present, only half of all Dash tokens are held by master nodes at the moment so therefore decentralisation is not an issue at this time, plus you should also consider that master nodes are paid for their status and Johnson argues that by paying the nodes, decentralisation is ensured, I’m not convinced though.

There’s a little hint of hypocrisy in this I think. If the Dash target market really is people who are seemingly anti-crypto then adding this master node feature is going to scare people off in my opinion. I guess it will come down to how they execute the status of the master node, perhaps by making it a feature that people can opt-in to then the function might seem less daunting. Either way though, Dash do seem convinced that the future of cryptocurrency is within the people who are hiding from it and not those who are already indulged.

Crypto Exchanges and ICOs Can Do Better at Securing User Data 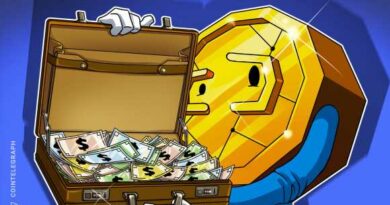