Home » Crypto » Decred Review: What You Need to Know About This Coin

Decred is a cryptocurrency blockchain-based platform. It was designed by Jake Yocom-Piatt and launched on March 2014. Its main purpose was to change the entire way a blockchain is seen. The organizer and CEO of the project wanted to build a revolutionary platform – one that will correct the Bitcoin’s issues and combine the best of proof-of-work and proof-of-stake blockchains which existed in 2014.

The designer claimed that many Bitcoin users had moved to Decred platform after appearing on the market. While using the Decred mining pool, the user gets 60% of the generated tokens, 30% goes to proof-of-stake voters and the rest of 10% remains to the development team.

The platform allows corporations to control their cryptocurrency. The Decred is not about block sizes and mining tokens. It also relates to a new age of blockchain’s technology. You can customize the signature algorithm and control the directions of your cryptocurrencies.

The Decred tokens are called DCR.

The platform work with Zero Knowledge Communication or simple ZKC. This provide a high security to all the activity realized on the platform. It works as a decentralized platform. This means that user control its actions. Additionally, all the transactions are being hidden from foreign traders.

The platform has also designed their own wallet. There are two types of wallets you can use for Decred tokens. You can opt for Web Wallet – perhaps the easiest way to get started using the Decred platform. The advantage is that the online platform doesn’t consume space on your device and is simple to use due to its friendly and organized interface.

Also, you can opt to download the wallet. Today, you can choose from Decred Wallet for Windows, Mac and Linux operating systems.

For beginners, there is a Wallet Guide uploaded on Decred’s official website, and we recommend you to read it.

How can you transfer Decred tokens?

The only thing you need to start sending the cryptocurrencies is your private address which is generated when creating an account with Decred wallet. Your transfer will be sent immediately and the verification lasts for about 5 minutes.

You will be taxed with 0,00006DCR for 1DCR send. The fee is imposed to maintain the network.

The Advantages of Decred platform

– It is a decentralized blockchain-based platform;

– The fee for 1 DCR token sent is almost zero;

– You can opt for Web Wallet or choose to download it;

– You can customize the signature algorithm and control the directions of your cryptocurrencies.

The Disadvantages of Decred platform

– There are still few merchants that use Decred tokens;

– You can’t buy tokens with fiat currencies. The easiest way to do this is by getting some Bitcoins first and only then exchange them on Bittrex, Poloniex or other online platforms into Decred tokens.

Decred is a blockchain-based platform that was designed to become a better network than Bitcoin. The algorithm was more advanced by the time Decred was launched. 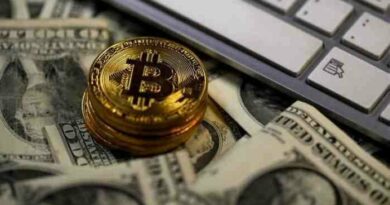