Home » Crypto » It’s On! Dreaded Trade War Begins, but Are Investors Running to Bitcoin As Speculated?

With the U.S. and China promising to slap each other with tariffs, a trade war has been sparked, but investors aren’t overwhelmingly hedging against equity losses by fleeing to cryptos.

As of Friday, investors had sucked more money out of the stock markets than they have in weeks, and it was mainly due to the trade war that has been sparked between the U.S. and

While the thought was that investors would turn to Bitcoin to hedge against a trade war, that doesn’t seem to have been the case so far with the official news about it that came this week.

President Trump has said for months that he intended to put tariffs in place. We told you at the beginning of the month that the president had called for a 25% tariff and 10% tariff to be put on imports of steel and aluminum, respectively.

He’s made it clear that China is the intended target, and that the tariffs are meant to reduce the U.S. trade deficit with the country by $50 billion.

With the March 1 announcement came doomsday scenarios, causing panicked equity investors and traders to sell off their holdings. However, Bitcoin experienced a rally of sorts.

On March 7, Bitcoin’s volume had reached the highest it’s been this month. It soared to about $74,000, according to Crypto Compare. For many, this indicated that investors may have been fleeing to Bitcoin to hedge against the heightened risk of losses in the equity markets.

Trump made it official on Thursday, signing a presidential memorandum Thursday directing his trade representative to draw up a laundry list of Chinese products to which the tariffs would be applied.

On that news, the stock market sold off, with the DOW falling more than 700 points Thursday. The bleeding continued Friday with the market selling off an additional 400 points.

This time however, there was no swell in Bitcoin’s volume. As of Thursday, Bitcoin’s volume was $11,166. On Friday, it fell below $7,000, according to Crypto Compare. So you can see how this pales in comparison to volumes at the beginning of March.

We’ve told you about hedge fund manager Brian Kelly who’s developed the reputation for being a Bitcoin bull. He’s said that Bitcoin could be used as a hedge against any trade war.

“In this environment, I want to own those things that are deflationary and fixed supply in an inflationary environment. And look at what Bitcoin has done the last couple of days.”

During trade wars, currencies tend to weaken. This was the case with the dollar, which depreciated in value earlier this month. In past trade wars, investors would hedge with gold, however, now Bitcoin could be an option, Kelly noted.

The list of projects to be affected by the U.S. tariffs will be made public in April. They will take effect following a public comment period.

In the meantime, China has come out with its own plans to slap U.S. imports with tariffs. The move came Friday, officially sparking the trade war.

Here’s a statement (translated) from the country’s Ministry of Commerce website:

Crypto Exchange Claims It Is Faster Than 99% of Rivals

German Cabinet and Bundesbank Are in Close Communication on CBDC Issues 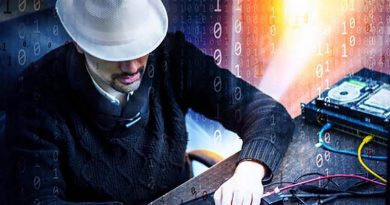