Scope Markets has managed to recruit Eliza Eliadou, a Compliance Officer in the foreign exchange (forex) industry, as its Group Head of Compliance, Finance Magnates has learned.

The move was made public via Eliadou’s LinkedIn profile. Finance Magnates reached out for further details, and Eliadou confirmed that she has taken on the new role, with today being her starting date. 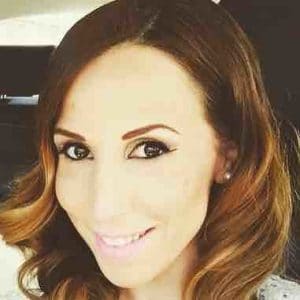 Eliadou joins the online trading provider authorised in Belize from London Capital Group (LCG) where he was the Chief Compliance Officer. Based in Cyprus, she worked with the company for more than two years, joining back in April of 2017.

During her career, which spans for more than a decade, Eliadou worked at easyMarkets, a global broker, for more than six years. Initially, she joined the company in June of 2010 as a Junior Compliance Officer.

Slightly more than three years later, she was promoted to Head of Compliance in July of 2013. Again, she worked in this role for just over three years, before working as a Senior Consultant for MAP.S PLATIS, her LinkedIn states.

She then went on to become a Legal Consultant at TORNARITIS LAW FIRM from November of 2009 until April of 2010.

Eliadou joins Scope Markets during a time of growth for the company, as it is actively expanding its footprint in emerging markets. As Finance Magnates reported, in July Scope Markets teamed up with Gold-i, a trading systems integration specialist for the ‎financial services ‎industry, to offer liquidity to Gold-i’s client base.

The partnership will allow Scope Markets to continue its growth in emerging markets. Earlier this year, the company announced a strategic partnership deal with Hong Kong-based m-FINANCE, which will allow the company to expand its footprint in Asia.