Home » Crypto » EOS: What is Keeping the Token in the Green?

Daily auctions command a relatively high price, keeping EOS in the green above $6 despite markets falling.

The EOS digital asset has been having a short-term price hike. What is curious is the EOS market price has kept up well, even in the dramatic price fall that took Ethereum down to $300, and Bitcoin below $7,000.

But EOS managed to keep its price levels above $6, on track with the latest rather successful daily auctions. The behavior of EOS has triggered accusations of price manipulation in the past. It must be noted most EOS trading happens on Asian exchanges. Investors believe EOS price fluctuations, especially against Ethereum, may continue in 2018, and be one of the sources for speculative trading.

Now, the EOS project is stepping up its publicity with a few events in April:

EOS will also present at the Deconomy forum in Seoul, again adding to its visibility. But investors remain skeptical, believing EOS to be overhyped, and in no way valuable compared to other platforms.

EOS is launching its main net in the summer, and the appearance of the first distributed apps may take a while. The one hope is the trend for platforms to encourage developers through various incentives. Several platforms have announced their own areas of support for developers, and are considered promising for drawing in talent and potentially hosting successful apps:

But EOS has a long way to go before showing its distributed software operates as expected, or allows for the building of meaningful apps. Ahead of the launch, EOS has shown high volatility, especially in the climb from $0.50 toward $20, where it stayed for a short time.

Recently, Vitalik Buterin, Ethereum’s founder, criticized the EOS voting system for creating the possibility for vote buying and corruption. Network staking would be potentially lucrative, and he expects the formation of cartels and vote buying to secure a delegate or a node position. Matters of governance have affected many projects, and EOS will be the next one, due to being made up of international communities fighting for influence. 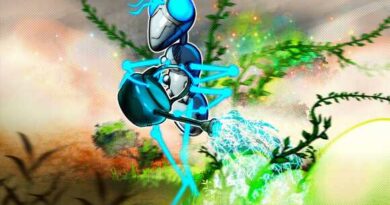 How To Buy Bitcoin On Changelly