Home » Crypto » Ethereum ASICs Are Here: What It Means and What's Next

That’s the question circulating Tuesday in the wake of news that Bitmain, the China-based maker of hardware specialized for cryptocurrency software, had developed a new “ASIC” mining chip designed specifically to process ethereum transactions and claim the protocol’s rewards.

Bitmain confirmed the release of its Antminer E3 chips, which will retail for $800, in a tweet that broke what had been weeks of speculation that it would soon launch such a product, one that ran counter to statements from company officials to CoinDesk even hours before.

Still, for ethereum’s developers and users, the news wasn’t exactly a surprise – it had long been theorized, even in creator Vitalik Buterin’s earliest blog posts, that no algorithm for managing mining rewards would remain immune to ASICs forever.

Over time, Buterin’s argument was that innovations would prevail, try as developers might to keep their code optimized for general-purpose computers.

Yet, ethereum developers have been quietly building defenses for this future, long promoting design choices intended to protect the blockchain against hardware meant to consolidate rewards in the hands of companies or individuals capable of operating at scale.

As such, some have even gone so far as to propose further changes following the day’s news.

Such a step, a radical reworking of the software to render the new hardware unusable, might seem extreme if that weren’t becoming the norm among cryptocurrencies. Already, monero and siacoin, two smaller cryptocurrencies, are taking steps to propose a change to its software that would effectively block efforts by Bitmain to grow its business there.

As for the impact on ethereum, however, much remains unclear at the moment.

For one, there are doubts in the ethereum community that Bitmain’s mining chip is capable of significant performance increases, ones that would, say, be so pronounced they would inspire the widespread adoption of the hardware in the way bitcoin ASICs replaced hobby miners.

Further, there’s the ethereum technical roadmap, which already includes a planned shift away from proof-of-work, the system that today enables mining at all.

Indeed, Buterin has remained silent on the launch, though in his past remarks, he’s mostly focused on the idea that the impact of such an innovation is likely to be short-lived.

Speaking in a developer chat in February, Buterin wrote:

“I’m not convinced it’s worth expending resources caring too much, except to push faster on Casper.”

Stepping back, it’s important to understand ethereum’s mining algorithm and the platform’s historical attitudes toward the practice of mining – a mechanism it has always aimed to eradicate entirely.

Prior to the launch of the platform, a method for staving off the use of mining hardware even made it into the ethereum white paper, in which developers were encouraged to seek to analyze ASICs so as to render their ability to more quickly capture protocol rewards moot.

“Engineers can analyze existing ASICs, determine what their optimizations are, and dump transactions into the blockchain that such optimizations simply do not work with,” Buterin wrote.

However, due to security concerns, the initial methods described were spiked. Instead, developers implemented a proof-of-work algorithm similar to the one used in bitcoin.

Named ethash, the algorithm differs from bitcoin’s, though, in that rather than being suited for computationally intensive hardware like ASICs, it requires a lot of memory. This means that regardless of whether its mined on an ASIC or a GPU, both devices are necessarily encumbered by the storage requirements.

This definition is important, as it’s not clear whether Bitmain’s E3 ASIC has broken this fundamental aspect of ethash.

Speaking to CoinDesk, developer Nick Johnson said the ASIC doesn’t seem to have achieved any improvements that would qualify it as having achieved a performance boost much higher than the GPU cards used today.

“It looks like they’re basically just making a whole pile of special-purpose GPUs with a huge amount of memory in a case,” he told CoinDesk.

Still, given the stakes of the shift, there are potentially more aggressive methods to pursue, the most obvious of which would be a change in the ethereum software to block Bitmain’s miners.

Developer sentiment concerning such a change has been heated, if inconclusive, spurred by long-held fears among developers about the profit-seeking behaviors of miners.

In a discussion on Github, a number of potential methods for blocking Bitmain’s ASICs have surfaced, ones which in the coming days are likely to calcify into a formal strategy that could help keep ethereum open to smaller miners and hobbyists.

As one user wrote on Github, citing the centralization of ethereum: “If a hard fork can prevent them from doing so, at least until [proof-of-stake] becomes reality, then my vote is in favor of the hard fork. Brick’em.”

As the comment provides evidence, even with an ethereum protocol change coming soon to potentially abolish mining, a vocal majority of developers would also support a fork that seeks to keep barriers to entry for mining low.

That’s not to say there aren’t those who see the matter differently. Speaking in a blog post, Cornell researcher and ethereum enthusiast Phil Daian warned that efforts to block Bitmain’s participation is akin to “censorship.”

Indeed, this mirrors past counterarguments that large-scale mining is a kind of “co-opetition” that, given its entrepreneurial nature, should be encouraged for the security it provides blockchains, even if it is at odds with the democratized access desired by developers.

Others aren’t as convinced. Indeed, some extreme proposals for preventing ASICs have surfaced, including the possibility ethereum could go so far as to mix multiple algorithms, though these have been largely dismissed as ill-conceived.

One thing’s for sure, however, tensions are high, even if formal action – or indeed even the basic facts of the situation – are still coming into focus.

According to the Bitmain site, the ethereum ASIC mines at 180 million hashes per second – less than conventional GPU miners. However, some ethereum users feel the numbers are flawed, writing on Github that the numbers have been fabricated.

Still, much won’t be known until the units ship.

“Let’s keep the raw paranoia based on no actual numbers and magic under control.”

Ethereum token on circuit board image via Shutterstock 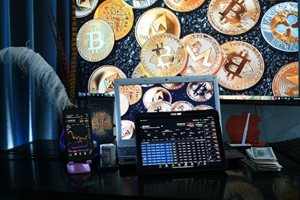 Why Is Crypto Becoming Increasingly Popular in the iGaming Sphere? 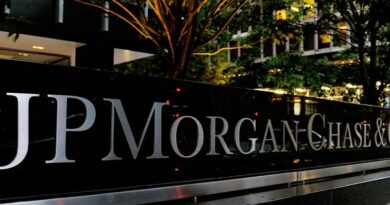