SXSW Kicks Off with All Things Ethereum

This year, SXSW kicked off with a jam-packed keynote entitled “Why Ethereum is Going to Change the World” featuring Ethereum co-founder Joseph Lubin. During the panel, Lubin spoke with Forbes reporter Laura Shin about Ethereum and his new blockchain software technology company, ConsenSys.

As the panel began, Shin gave a brief explanation of what blockchain technology can do, noting that the deeper, more interesting question now is, “What is Ethereum?”

Lubin explained that Ethereum was created by Vitalik Buterin in 2013 as a vision for a system that is scalable in terms of human action and as a general platform for decentralized applications. Since then, Ethereum has captured the world’s attention, acting as a decentralized governance tool that can be applied to various industries, which is what Lubin’s new blockchain technology company, ConsenSys, is focused on achieving.

“We are building about 25 different platforms in various different industries, from music to health, in which we are really seeing the nature of business shifting. This is what we are calling the ‘decentralized world wide web’, or ‘web 3.0’,” Lubin explained. “It’s a way of doing things that involves trusted transactions and automated agreements on Ethereum, but it also provides protocols for decentralized storage and decentralized heavy compute.”

Lubin noted that ConsenSys is building a protocol-based open platform where different actors can use these open networks to introduce a set of services to consumers. A set of tokens will be associated with these services that will enable network effects to take place, causing people to want to be a part of these open networks. That said, this technology is taking an entirely different approach from the typical company and consumer model that is currently in place.

As an example, Lubin went into detail about a content platform he has created on the Ethereum network called Ujo Music. In a nutshell, the Ujo platform allows artists to register themselves as individuals and upload their content to the network with usage policies attached to that content, without having to go through any intermediaries.

“The beauty of this in contrast to the existing music industry is that it shrinks the role of the intermediary. Intermediaries in the music industry, for example, usually extract 70-80% of value flow in the industry and delay payments for artists. Our platform allows consumers to support artists instantly and ensures that artists get paid immediately for their work,” Lubin said during the panel.

When asked about cryptocurrencies, Lubin noted that he does not consider the ether token to be a form of cryptocurrency, but rather a “crypto fuel”.

“We don’t consider the ether token as a cryptocurrency. We do, however, consider it as a ‘crypto fuel’ or the first crypto commodity in history, as you need to pay tiny slices of ether to run programs on the Ethereum blockchain,” Lubin said.

“The Bad Boys of Cryptocurrency” Talk The Future of Blockchain Tech

The day after Lubin’s panel on Ethereum, “The Bad Boys of Cryptocurrency” took center stage at the Blokhaus, a venue that was founded by the World Tokenomic Forum and created specifically for blockchain and cryptocurrency leaders to gather and imagine the future together.

Futurist Joel Comm and technologist Travis Wright hosted a live recording of “The Bad Crypto Podcast” at the Blokhaus, adding a dose of humor to the crypto scene at SXSW. The “Live From SXSW at the Blokhaus” episode was one of the most entertaining yet informative crypto panels at the conference. The live episode featured interviews with a leading blockchain designer, Charles Bell, and Chris Snook, founder of the World Tokenomic Forum.

Charles Bell, the chief of product at Syncrasy, is working on delivering an ICO and blockchain consortium architecture design for leading companies and institutions around the world. Bell began his interview by stating, “Most blockchain deployments are going to fall flat on their face because they are not redesigning business to take advantage of the blockchain.”

Bell continued, “Four years ago we were focused on blockchain technology. Three years ago we started building smart contracts. This has now led to building platforms consisting of multiple blockchains to scale. This year, we’ve learned that if you want the benefit of blockchain between enterprises, they must transact together on a singular platform.”

Bell further explained his point by mentioning that the world of crypto is now seven years beyond blockchain technology and that a multiple-chain platform is needed for innovation.

“A multiple-chain platform is a combination of privately held blockchains, group-shared blockchains and globally available blockchains. When you design a platform environment, there is some information you want to keep privately, and there are things you might have shared with a small group on a blockchain. You might also want to share something with a consortium, which is a globally available blockchain. These three exposures allow for the creation of a consortium blockchain where people retain appropriate control and distribution of their data,” Bell noted.

Following Bell’s interview, Joel and Travis spoke with Chris Snook, founder of the World Tokenomic Forum. Snook explained that the World Tokenomic Forum is the leading international organization for enabling public-private cooperation, interoperability, and innovation as the world moves to a new economic order in a token and blockchain-based global economy.

In order to be part of the innovation happening in the crypto space, Snook has created a place and a space for those wanting to have a seat at the table early on.

“For us, blockchain is a super-democratized window that is a level playing field for states, countries, entrepreneurs and many others. We have created the place and space where an agnostic discourse that is productive and designed for debate can be made to all those participants. The purpose of the World Tokenomic Forum is to build bridges and tear down walls between decentralized and centralized economic institutions to create a new economic order that works for all humanity, honors innovation, and secures sovereignty,” said Snook.

As SXSW came to a close last week, Capital Factory awarded Samsa, a startup that runs a cryptocurrency index platform, $100,000 as part of its Blockchain Investment Challenge.

Samsa is an Austin-based startup that has created an online platform that lets users create custom portfolios from a basket of indexes. According to Samsa’s co-founder, Chris Slaughter, Samsa is disrupting financial services in crypto by bringing the kinds of advanced investing strategies that hedge funds use directly with retail investors.

“Samsa manages users’ own funds by automating trading on their exchange accounts. The idea behind the platform is it lets investors hold multiple different types of cryptocurrency in their portfolio and offers less volatility than single coins. Winning the $100K SXSW Pitch Competition recognizes the real market need for diversified investing strategies in crypto,” said Slaughter.

The competition’s two runners-up were Topl, a company building a platform for international investment on the blockchain, and Vertalo, a blockchain-backed platform to secure professional credentials for identity verification. 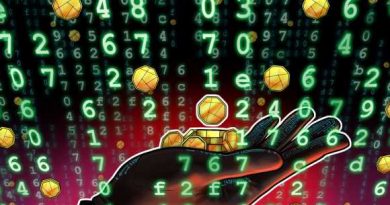