East Africa-based charity GiveDirectly has revealed that it has received a $1 million donation in OMG tokens from decentralized payment network OmiseGo and Ethereum founder Vitalik Buterin, who also serves as an advisor for OmiseGO.

Founded in 2009, GiveDirectly is a nonprofit organization operating in East Africa that helps families living in extreme poverty by making unconditional cash transfers to them via mobile phone. GiveDirectly transfers funds to people in Kenya, Uganda, and Rwanda. It is backed by a range of well-known tech names including Google, eBay founder Pierre Omidyar, and Facebook co-founders Dustin Moskovitz and Chris Hughes.

The donation will go towards a campaign in Uganda aimed at providing more than 12,000 refugee households with a grant to change their life by enabling business growth and other opportunities fueled by investment. A pilot scheme has already seen 4,400 families receive $650 with the cryptocurrency experiment increasing the self-sufficiency of the process and reducing reliance on intermediaries.

“This is a major new chapter for us, entering the humanitarian space with a service to give money directly to refugees,” GiveDirectly’s head of communications Catherine Diao told TechCrunch. “We’re really excited to be working with leaders in the crypto community to translate some of the recent boon to impact for some of the poorest people in the world.”

Diao added that while cash transfers have been used in humanitarian contexts before, this initiative is a significant departure from the status quo because they’re giving families transformative amounts of money versus small, subsistence amounts.

“The crypto economy has grown immensely over the last year, bringing a great deal of wealth to many people and organizations within the ecosystem,” OmiseGO said in a recent statement. “In part we simply see an exciting opportunity to share that wealth. We hope the fortunes made in the crypto space will lead not to extravagant lifestyles but to extravagant generosity.” 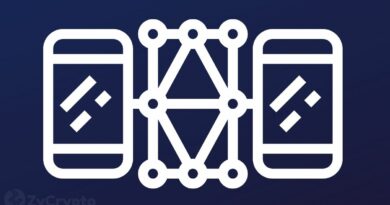 Rakuten Coin to Launch on Viber Messenger in Russia Next Year