Prasos Oy, one of the Nordic region’s most prominent Bitcoin dealers, has had most of its accounts with Finnish banks closed.

Prasos Oy had accounts with 5 different Finland banks, but now four of these accounts have been closed by the institutions, the company having just one with which the exchange can work with. The crypto dealer saw a ten-fold transaction volume growth in 2017 which probably determined the banks to go on with the closures.

Prasos is an exchange that handles cryptocurrencies-to-euros transactions, and depends on banks for managing these transactions. But now more and more banks are increasingly saying no to Prasos and other similar firms that deal with cryptos, because they fear they’ll have trouble with anti-money laundering rules. Prasos is currently waiting for regulators to issue more defined laws that will permit them to resume their business operations.

The Chief Executive Officer of the company, Henry Brade, said that four banks in Finland, where the company is also based, have already closed the company’s accounts. The company still operates through one bank account, which is momentarily being used for all its client’s money flows.

At the moment, there are no laws in Finland for banks which involve cryptocurrency dealers and how they should treat them. However, there are in place anti-money laundering laws that require lenders to know important data about their customers as well where their money comes from. The anonymous nature of cryptocurrencies poses a problem for banks.

Prasos stated the abrupt increase in trading volume to around €150 million ($185 million) last year, almost ten times more than the year before, might have led banks to treat this situation with wariness.

“We’ve realized that the growth in international transaction volumes started to disturb the banks. Along the way, we’ve been given very little information by the banks on what we could do to solve the problem.” said Brade.

S-Bank, Saastopankki, the OP Group, and Nordea Bank AB where the names of the four banks that decided to close the company’s accounts last year. So far representatives from all four banks have refused to comment on their partnership with an individual customer. Currently, it says on Prasos’ website that it can still accept funds in its account at POP Bank.

“Cryptocurrency trading places are not currently under the regulatory mandate of the Finnish FSA. So it’s an affair between the company and the bank.” said senior adviser at the regulator in Helsinki, Hanna Heiskanen.

“The risk is that we’ll see our last bank account closed before we can get the next one opened. That would freeze our business.” concluded Brade. 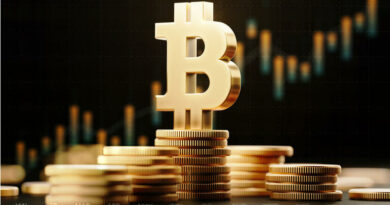