The Financial Services Compensation Scheme (FSCS) has revealed that it paid a total of £527 million in compensation to 258,119 customers of failed firms during 2019/20 fiscal year. This is compared to the £473 million the scheme paid out in compensation to 425,760 applicants in the previous year.

This lifeboat system attributed the higher figure for this year to a £75 million increase in the costs for the Life Distribution and Investment Intermediation class, of which £56 million were paid for customers of SVS Securities and Reyker Securities, which failed in 2019.

In FSCS’s Annual Report and Accounts, it reported that the volume of SIPP related claims continued on its upward trajectory with the FSCS paying more £56 million in the Investment Provision class compared to the year earlier.

The FSCS said it was trying, where possible, to recover funds directly from firms to reduce the burden on the industry, and in 2019/20 they recovered £50 million from the estates of 88 failed financial services firms. In addition, the statutory lifeboat fund recovered over £2 million on behalf of customers whose claims exceeded its compensation limits. The FSCS continues to monitor and pursue other available recovery opportunities, having dealt with a total of 137 failures of financial services firms.

“London Capital & Finance (LCF) has been one of the most significant cases for FSCS in the months before and since my appointment as Chief Executive, not only in terms of the number of those affected but also in its complexity,” said FSCS CEO Caroline Rainbird.

She further elaborated that they concluded that LCF gave misleading advice to some of its 11,600 customers, so they will have valid claims for compensation on this basis.

“Some bondholders disagree with FSCS’s analysis on whether LCF carried out a regulated activity in issuing its own mini-bonds and have commenced a judicial review of our decision, which is ongoing. This is a complex legal issue where clarity from the courts will be helpful,” added Rainbird.

The compensation scheme has already started paying compensation to investors who relied on claims for misleading advice in the collapsed mini-bond provider.

Around 12,000 investors suffered major losses following the £236 million collapse of mini-bond issuer London Capital & Finance (LCF) in 2019. However, a small number of LCF who received compensations so far while the vast majority of the bondholders are still waiting to hear if they have any chance of getting their money back.

To kickstart with his process, the FSCS reviewed almost a million pieces of evidence in order to determine which customers had been given misleading advice by LCF. It has also gained access to an additional 100,000 emails held within LCF’s email server, which would extend the time frame to complete the process beyond the original deadline that was scheduled for the end of September.

Earlier this year, the FSCS announced a levy increase of £14 million for failed brokers in its Plan and Budget for 2020/21, which brought up the total amount to £649 million for this financial year. The top-up on its original forecast earlier this year came also amid an “uplift” in the number of claims expected against London Capital and Finance (LCF). 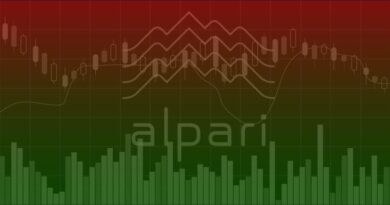