Banks and industry might have to wait for their disruption, but for gaming it could come sooner than you’d think because there are in effect zero barriers.

That makes the gaming industry a quickly evolving space and it’s all becoming very big business. Sport views are down in a trend, but eSport is up and up. The reason? Simple, why watch some humans play when you can yourself play through a virtual human?

It was thus a football fantasy game, First Blood, that first tried to connect games and the blockchain, but since then the scene has evolved.

CryptoKitties, of course, and the trillions of copy cats it spurred, showed a real use for tokenized assets, but now strategy games are making an entrance.

CryptoCities tries to be in effect SimCities, but with real money incorporated within it to incentivize players and competition between them as they might actually earn something out of it.

SimCities remains a very addictive game where you in effect allocate buildings, roads, undergrounds, manage taxes and so on.

Thankfully, the version we played limited it to just one city, so they could not really connect with each other. We say thankfully because otherwise one might have never been able to get out of that game to which undoubtedly countless of young men and women dedicated weeks or even months.

Well, CryptoCities hopes to turn those cities into countries, and countries into continents. If it’s any good, you can then sell these cities or countries and pray the incentives aren’t so good it leads a genius to create real world simulations. 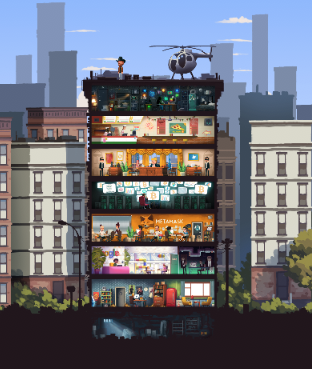 Because we can see this developing a layer down, where you can build and sell characters, with the real world physical economy then down the drain because no one will be working anymore.

That’s what Eth Town hopes to achieve. Not the latter part, but the character building aspect within a strategy game.

Developed by On5 Games, they plan to launch a world where you buy offices and start running a business. Then, you have heroes. They say:

“Heroes are a big, big part of the game. They will help you maximize the revenue from floors and can generate revenue for you on their own as well — e.g., you can buy some dirt-cheap Level 0 guys, spend some time and effort to tinker with them and derive significant ETH gains later on.”

You develop them through tasks where they gain experience and reach level 15, becoming Star Heroes. Then you sell them if anyone wants them, or you buy them.

But we’ll have to wait and see how all this works because games are man made. Which means they have certain rules. Which means once you learn those rules you can then quickly and easily unlock “perfection.”

But if this catches on, there might be incentive to make them more and more complex to the point where Westworld. Yeah sure! 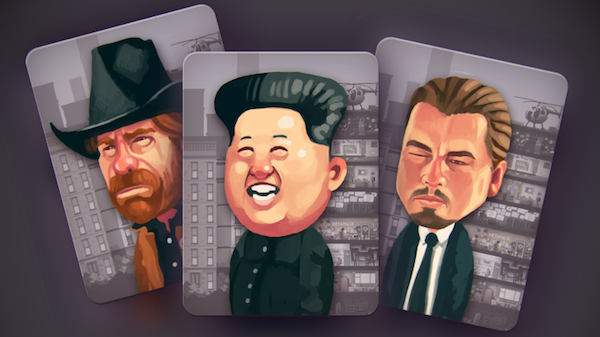 Teenagers are not known to have much money but their parents tend to spend quite a lot on them. So demand to actually pay for these things might be there, but why pay when you can play for free?

One reason could arguably be because they can become assets. A beautiful city, for example, could by itself be considered a work of art.

Plus, paying for in-game goods is not a new concept. Billions are already spent on it in the non-blockchain world, so ethereans might be willing to do so too.

Whether they will at scale remains to be seen because all of this is very much at an early innovative stage. Which is what might make it exciting as the low hanging fruits could be ripe for easy picking.

So we’ll wait and see what comes out of the two games above and out of many other ethereum based games that are in development. Especially as, where scalability is concerned, these sort of use cases can simply employ dappchains.