Halong Mining announced today, March 7, 2018, that it is embedding AsicBoost in its DragonMint mining hardware. Halong Mining is able to do so because it joined the Blockchain Defensive Patent License (BDPL), giving them access to the patent-pending technology, which utilizes a trick called “version rolling.” With AsicBoost, the DragonMint machines should be up to 20 percent more energy efficient than they would otherwise be.

“We have produced and will continue to produce a significant amount of version-rolling AsicBoost enabled miners, enough to incentivize other manufacturers to follow suit, which they are now freely able to do if they join the blockchain defensive patent initiative to help protect the industry from patent aggression,” the hardware producer writes in its announcement.

As far as publicly known, no other mining hardware producer has implemented the overt version of AsicBoost in its application-specific integrated circuit (ASIC) chips so far.

AsicBoost was invented by former CoinTerra CTO Timo Hanke in 2016. The technology takes advantage of a quirk in Bitcoin’s proof-of-work algorithm, which lets miners take a sort of “shortcut” to find a new block. This can be done both overtly as well as covertly — though the latter variant is currently not as effective on Bitcoin and has negative side effects, such as an incentive to limit the total number of transactions that are included in a block.

“Unlike covert forms of merkle grinding, [overt AsicBoost] has no incentives to create smaller blocks, nor does it interfere with upgrades to the Bitcoin protocol,” Halong Mining writes.

The Halong Mining announcement is the latest in a series following the introduction of the BDPL, an open initiative to share patents between licensees. Last week, California-based Little Dragon Technology LLC, the current holder of the pending AsicBoost patent, announced its intention to join the BDPL. This was followed yesterday by an announcement from Bitcoin mining pool Slush Pool that its pool software is now AsicBoost compatible. According to Halong Mining, mining pools ckpool.org and Bitcoin India have since enabled AsicBoost support as well.

“After Little Dragon Technology LLC acquired the patent from the original inventors, we negotiated a license to use AsicBoost in our miners on the understanding that AsicBoost would be opened up to everyone to use, under some form of defensive patent license, in the hopes it can help protect decentralization of Bitcoin mining,” the Halong Mining announcement states.

Regarding the timing of the announcement, Halong Mining said, “Whilst this was being arranged, we were unable to announce our intended use of AsicBoost technology until the patent holder fully opened the patent for all to use under defensive licensing terms which occurred on March 1, 2018.”

While AsicBoost has been subject to much controversy in the past, most of that controversy surrounded the patent on the technology — which could skew competition by state enforcement — and the alleged covert use of it. By making the technology equally available to any company that joins the BDPL, Little Dragon Technology hopes this controversy will come to an end.

“It’s been a long road, but we believe overt version-rolling can create the right incentives for other patent holders in the industry to join the BDPL and create a strong, defensive pool of patents in exchange for access to the technology for energy efficient optimization of the Bitcoin mining process.”

“The more widely deployed version-rolling is used, the stronger the incentives will become, since version-rolling is the most efficient form of AsicBoost and will deliver efficiency gains in addition to any hardware optimizations or silicon process node,” Halong Mining stated.

BtcDrak, the pseudonymous Bitcoin developer behind Halong Mining, also proposed a Bitcoin Improvement Proposal (BIP) on the Bitcoin development mailing list referencing AsicBoost. The proposal itself is more generic, however, as it creates a future-proof space for mining optimizations that miners may come up with in the future.

While overt use of AsicBoost does not require a Bitcoin protocol change, it may interfere with the established soft fork activation process. More specifically, AsicBoost interferes with how some software clients interpret potential soft fork activation on the network, which could result in false positives. To mitigate this risk, software clients might need to be updated to allow for fewer soft fork upgrades simultaneously.

“I apologise for the inconvenience in advance, but this is the unfortunate result of restraints while negotiating to get the patent opened and licensed defensively in the first place,” BtcDrak wrote.

For more background and information on the Blockchain Defensive Patent License and Little Dragon Technology’s decision to join the initiative, read Bitcoin Magazine’s cover story for this month: There Is a Bitcoin Patent War Going On, but This Initiative Could End It. 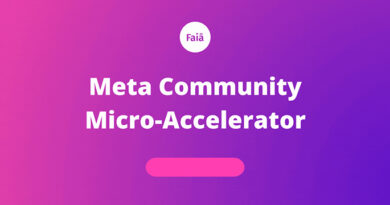