Speculating on the Bitcoin price is an interesting yet somewhat futile exercise. Harvard economist Kenneth Rogoff has always been bearish on Bitcoin. His most recent prediction puts the bitcoin price at $100 in the next decade. While such a bearish attitude is not new, it is useless an inaccurate prediction.

Although financial experts should know better than the rest of us, they are not always correct. While one can argue the value of bitcoin is taking a huge beating, too much bearish expectation is not a logical outcome either. Right now, it seems as if most of the Bitcoin price decline is over, although this market is always subject to volatility and speculation. That will continue to affect the price in a rather negative manner for quite some time to come.

According to Kenneth Rogoff, the valueo f bitcoin will continue to decline. In his opinion, the value per BTC will drop to $100 in the next ten years. An interesting statement, although one that is very difficult to back up with solid evidence. After all, there is no indicator things will effectively come to a head in such dramatic fashion. The current downtrend is already quite steep, but it will end sooner rather than later.

A continual decline in the bitcoin price is simply not feasible. The demand for Bitcoin has not slowed down in the slightest. The Bitcoin Dominance Index is still on the rise as well. Although that latter metric is not a perfect indicator, it does tell a story of its own. Right now, Bitcoin is the overly dominant cryptocurrency in the industry and strengthening its position.

Once we see the technical developments come to market for Bitcoin, things can only improve. With proper scaling solutions, micropayments, and so forth, the future has never looked better for Bitcoin. At the same time, we see an increased rate of adoption in some countries.

There are also the Bitcoin futures contracts to keep in mind. While they may not have made much of an impact so far, things are still improving. The overall futures trading volume is picking up,  confirming the growing interest in Bitcoin by institutional investors. It seems Kenneth Rogoff has not taken those factors into account when making his prediction.

Kenneth Rogoff also considers Bitcoin as a money laundering tool first and foremost It is evident there is a lot of misinformation in that statement. Bitcoin is not liquid enough to facilitate large-scale money laundering. Additionally, Bitcoin lacks privacy and anonymity in every way imaginable.  There is no reason to use it for crime, as you simply cannot hide your tracks. Financial experts such as Kenneth Rogoff should know better than stating half-truths in this regard. 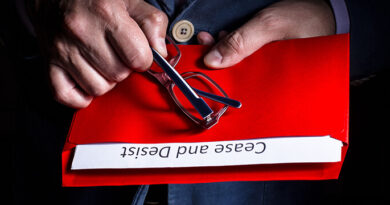