Two subsidiaries of the Hong Kong Monetary Authority (HKMA) and the People’s Bank of China (PBoC) have collaborated to bring blockchain to the mainstream.

According to the signed memorandum of understanding (MoU) between Hong Kong Interbank Clearing Limited and the Institute of Digital Currency of the PBoC, they will connect eTradeConnect and the PBoC Trade Finance Platform to conduct a proof-of-concept (PoC) trial.

The participants are expected to start the PoC in the first quarter of next year.

“Once the connection has successfully been established, it will provide firms in both places with more convenient trade finance services and enable banks in Hong Kong to expedite the expansion of their trade finance business,” the announcement stated.

This came when the Chinese central bank is already working on a digital version of its fiat currency. Earlier a PBoC official revealed that the digital currency will resemble Facebook’s proposed Libra, but more centralized.

Mark Zuckerberg, in his testimony to Congress, also warned about Chinese dominance in the payment transfer market if Facebook fails to launch its digital currency due to regulatory hurdles.

Earlier this year, the HKMA also partnered with the Bank of Thailand to conduct a joint research project – Project LionRock-Inthanon – to study the application of central bank digital currency (CBDC) to cross-border payments. The two entities are focusing on facilitating HKD-THB payment-versus-payment (PvP) among banks in the two countries.

Moreover, to digitalize trade finance processes, the HKMA also collaborated with the Bank of International Settlements (BIS) to study the prospects in the region.

Meanwhile, the Chinese government is betting on blockchain technology as its President Xi jumping recently urged the country to capitalize on the sector. 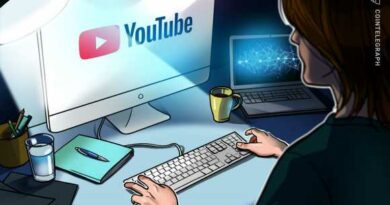