Home » Crypto » How to Hire Blockchain Developer: Advice and Recommendations

As more and more companies adopt blockchain, the need in qualified blockchain developers grows exponentially. The problem is that such a high demand doesn’t coincide with supply, and it’s very hard to find real experts who can build an ICO smart contract, create an MVP for a blockchain project, or launch an EOS dApp.

We came up with a list of recommendations on how to find and hire blockchain developers for your project, as well as avoid the most common problems.

There are two main ways of working with your blockchain developers, namely, onboarding and outsourcing. Most companies prefer the latter over hiring an in-house team, as it has distinct advantages: cost efficiency, saving time, higher quality, etc.

Interviews with candidates for your internal blockchain development team may take months, and also some extra time for the team members to get used to each other. You may assume that a staff blockchain developer might cost you less, but think of all the additional expenses including taxes and workstations, and you will change your mind on that. When leaving the blockchain development to the outsourcing company, you can sigh with relief and concentrate on the business side of the project instead of controlling the coding.

Outline Your Requirements and Scope

Before you start, make sure to determine your project’s objective and the end product. After that, discuss the main idea and requirements with a particular team, its business analysts, PM, and architect. Only specialists that are going to working on the project will be able to determine Depending on that, you will be able to define the budget, the scope, and the number of developers you will need to bring the project to life.

This step is crucial because building an ICO smart contract and creating an operating MVP require a different amount of efforts, money, and team size.

Perfect Blockchain Developer and Their Skills

Regardless of your project, there is a particular basic skill set that any qualified blockchain developer should have.

Blockchain developers should have a basic understanding of C, C++, Java, Javascript, Node JS, and OOPS concepts. However, two languages have lately won the preference of the blockchain projects — GO and RUST.

The GO (or GOLang) is a relatively new language running directly within an operating system and allows flexibility when it comes to using it for different parts of the blockchain project. By the way, Ethereum has a protocol SDK written in GO.

RUST, in its turn, is a compiled language, similar to C++, but overcoming the latter regarding memory saving, performance, concurrency. Such blockchain projects as Parity and Ethereum Classic have been created using RUST.

Expertise in the Blockchain

The programmers need to have an experience of working with distributed ledger technology and a portfolio of successfully built dApps, blockchain MVPs, etc. The more similar their past projects to yours are, the better, as the simplest smart contracts and multi-functional payment systems are of a different complexity level and require various expertise.

Knowledge of Encryption and Security

Obviously, there are dozens of reputable software development companies out there. And it is a common pitfall that people choose general IT specialists, while it is better to outsource blockchain development to the teams that have already worked on blockchain projects. Avoid that.

How Much Does Blockchain Development Cost?

The real cost of blockchain development can be estimated only according to the project scale and end product. It can vastly vary for an EOS dApp and a full-service cryptocurrency exchange. Moreover, an average development team consists not only of developers but also includes Project Manager, QA Engineers, DevOps specialists, UI/UX designers, etc.

No doubt, blockchain development is an expensive service and will stay like that while the blockchain job postings are rapidly growing all over the globe. But it also depends on the team’s experience and location. If we take the US market, the average salary of a single blockchain coder is over $117,000 a year. But you can cut costs by hiring programmers in Europe or India.

Don’t be fooled by the low price only. Of course, hiring blockchain developers in the UK is more expensive than in India where the coder’s hourly rate can go as low as $40. But, with the latter, the delivery may suffer because of misunderstandings between the client and the team. European developers, especially in Eastern Europe (Ukraine, Poland, etc.) are gaining momentum because of their skills, high English proficiency, and a suitable timezone.

There is no need to limit your search by the country your core team is placed. Our recommendation is to evaluate the team complexly and pay attention to its portfolio, timezone, language proficiency, reporting policy, cultural differences, etc. 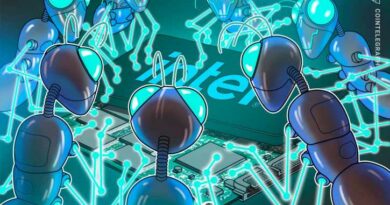