ICOs are big money and big news these days. From virtually nothing a few years ago to raising $5.6bn last year a totally new form of financing has truly arrived on the scene. This success has brought its fair share of pretenders, with “scam ICOs” becoming increasingly prevalent.

How can investors protect themselves from scam ICOs – some answers have been proposed by one successful blockchain entrepreneur. First – it’s necessary to truly understand that an ICO has a strong day-to-day core executive team. Second – transactions in the ICO should be transparent, as today only a few ICOs actually show you all the incoming transactions during the tokensaleso this should be of paramount importance. Thirdly – discounts and special offers during a tokensale that seem too good to be true are generally just that – too good to be true. But even three simple rules aren’t enough for the shark tank of ICOs in early 2018.

What might shine the path for “smart money” in the new world of crypto is the expertise of the old world of institutional investors when such funds highly selectively decide to support an ICO. Such investments have thus far been few and far between but that fact could well change this year.

The core concept of a truly valuable ICO is investment in a decentralized network (rather than investing in a traditional corporation) and there is no reason why VCs wouldn’t be interested in such moves.

Part of the attraction may lie in the fact that there is so little value to be found in traditional centralized companies. Tech IPOs were rare in 2017. Snap’s IPO raised almost $20bn last year, and paid its CEO $638 million. As Snap is clearly not some revolutionary technology, the lesson is clear – there is too much money chasing quite few quality companies in the traditional sector. The logical consequence of this is clear – VCs will move into new sectors such as crypto, augmented reality and virtual reality looking for value beyond the fantastical valuations at Snap and elsewhere.

Which ICOs will be the ones to attract “old world” moneyand conservative private equity firms like Carlyle, Fortress, Ardian, Mangrove? Surely one of traditional investors’ most important criterions will be projects which are built upon the foundation of real world use cases where decentralized networks solve the shortcomings of traditional business models. With venture capital funds sitting on over $120bn in available funds for investment and traditional sectors such as metals & mining still underperforming, a hunt for yield is surely underway in technology.

This change in attitude is possibly best exemplified by JP Morgan Chase Chairman and CEO Jamie Dimon who went back on his comments where he slammed Bitcoin as a “fraud”, to say that, in fact, he is a strong believer in blockchain(the technology behind the cryptocurrency).Dimon put it well, saying “[ICOs] you have to look at individually” .

In 2018, institutional investors are sure to be looking at individual ICOs for value many times greater than offered by Snap and the like. 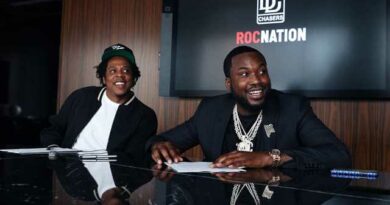