The move from the FSA follows an investigation into Japan’s cryptocurrency exchanges, which determined that there were improperly trained staff and poor compliance with anti-money laundering regulations. The investigation follows the hack at Coincheck, which saw the theft of $530 million worth of XEM, the native token for the NEM platform, at the end of January, making it the biggest of its kind. The order to Coincheck makes it the second such notice it has received from the FSA. The cryptocurrency exchange has until the 22nd March to submit a report on how it can improve measures to prevent future hacks.

According to the report, a company official said that there had been ‘misappropriated user cryptocurrencies for private use’ at Bitstation, according to the FSA. Consequently, the exchange was ordered to suspend operations until the 7th April. It must also report on improvements regarding its handling of user funds.

FSHO was ordered to cease its services due to the fact that staff were not properly trained and failed to follow internal procedures.

“There were repeated cases of high-value cryptocurrency trades with no judgment made about the need for notification of a suspicious transaction,” the FSA stated.

It too was ordered to suspend operations until the 7th April and must report on any suspicious transactions.

Since the hack at Coincheck, the exchange has been faced with several lawsuits from disgruntled users over their frozen assets. However, while the exchange has vowed that it would reimburse its 260,000 customers who were holding XEM at the time, it was unclear how it would achieve this. Now, though, according to Reuters, Coincheck has announced that it will begin compensating its customers from next week. This follows on from its resumed yen withdrawals last month.

The news of this has seen the price of NEM rise by 6.60 percent over a 24-hour period, according to CoinMarketCap. At the time of publishing the 13th-placed altcoin is trading at $0.344350. 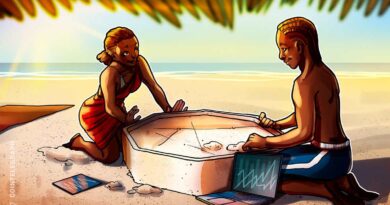 What is Consensus: Rules without Rulers