The role of “crypto influencers” in promotion of ICOs on social media is continue gaining its importance. Former antivirus software pioneer and current crypto enthusiast John McAfee is the most influential opinion leader in this sphere and the power of his tweet sometimes is really surprisingly enormous.

A single tweet posted by McAfee can bring over a million dollars as an investment in an ICO. The prices of a wide range of currencies have increased more than twice thanks to John McAfee’s tweets. John McAfee has 810,000 direct followers. But each tweet can reach an audience much wider than that due to multiple retweets and reposts to other social networks.

Mr. McAfee’s Twitter account is really unique in the crypto world. All his tweets are accompanied by hundreds of comments about crypto exchanges, projects and websites that are written by users with a view to be heard and seen.

In order to prove the power of John McAfee’s tweets and their capacity to reach the right target audience, a series of polls on the issue of users’ investments and usage of cryptocurrencies was conducted. The results have revealed the following statistic data:

The company is also able to provide professional writing services. The articles written by a professional team of active members of the key crypto communities are distributed within these communities and are widely discussed on forums.

John McAfee says that he promotes only those services and products that are truly trustworthy and that he absolutely believes in. That’s the reason why so many companies that want to purchase his services get a refusal.

If Mr. McAfee is satisfied with the project itself and likes its idea, he is ready to write a tweet himself in order to let his followers hear his own voice and his own thoughts.  And in this case, the companies do not have an opportunity to make any corrections, but there is another option. The company may write a tweet in its own style.

Though McAfee Crypto team didn’t reveal its pricing policies in respect of the majority of its services, it has become known that you will need to pay $105,000 per tweet about your ICO. 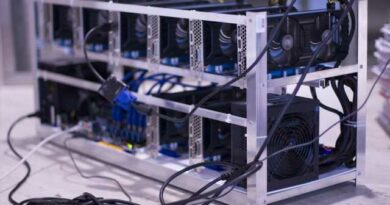 “The Death Of China's Bitcoin Mining Industry," 7 Takeaways From The Article