The U.S. Department of Justice has charged top managers at JPMorgan Chase of market manipulation, Reuters reports.  For the better part of a decade, according to DoJ charges, traders Gregg Smith, Michael Nowak and Christopher Jordan allegedly manipulated prices of gold, silver, platinum and palladium futures on the New York and Chicago Mercantile Exchanges.

The individuals under indictment hold high-profile roles at JPMorgan Chase & Co. Smith is an executive director and trader on the precious metals desk, while Nowak runs the entire desk as a managing director. Both are still employed at JPMorgan, though they were suspended in light of the indictment.

Jordan left JPMorgan in 2009 but continued to trade precious metals with in other firms.

The trio is accused of spoofing, a practice where the trader places bids to buy or sell contracts which are canceled before execution, allowing them to influence prices to their benefit. The scale involved was massive, with prosecutors alleging that they were conducting thousands of unlawful trading actions while layering orders in rapid succession.

This news comes shortly after the SEC Chairman revealed that price manipulation is a major roadblock to Bitcoin ETFs. While market manipulation is certainly present in cryptocurrencies, the latest indictments show that even ‘regulated’ markets can fall victim to powerful and malicious actors.

This isn’t the first time that JPMorgan traders were accused of rigging the markets. Back in 2010, the company was charged with manipulating silver markets through “amassing enormous short positions.” Curiously, the case appears to have hit a dead end and most likely settled out of court, as hinted by the Wall Street Journal.

Even wash trading is not a crypto-exclusive phenomenon. Back in 2014, the SEC charged Montgomery Street Research with conducting more than 200 wash trades through their brokerage accounts in order to make a stock more appetizing to investors. Before that, the firm was able to raise $2.9M to offer the aforementioned stock while lacking any kind of official registration with the SEC, obtaining commissions for each sale.

Crypto Market Wrap: Could Cooling Off Lead to a Weekend Dump? 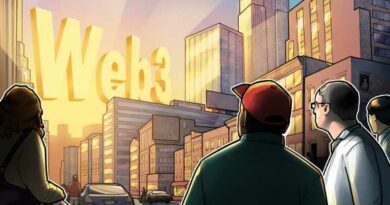