A U.S. district judge has ruled that former intelligence contractor Edward Snowden must turn over the proceeds of his new book to the U.S. government. According to the ruling, Snowden failed to obtain clearance for the materials and information used in his book. The same judge previously ruled against Kim Dotcom and Megaupload.

A judge in the District Court for the Eastern District of Virginia has ruled that the U.S. government is entitled to the proceeds Edward Snowden receives from his book because he failed to get approval to publish its contents as required by his employment contracts.

In his ruling, District Judge Liam O’Grady explained that Snowden signed agreements with the U.S. government requiring him to protect information and material of which he had knowledge from unauthorized disclosure. He is also required to submit for review any writings or other presentations he prepared related to intelligence data or protected information. Snowden tweeted on Thursday in response to the ruling:

The government may steal a dollar, but it cannot erase the idea that earned it. I wrote this book, Permanent Record, for you, and I hope the government’s ruthless desperation to prevent its publication only inspires you read it — and then gift it to another.

The former U.S. intelligence contractor is now living in Russia to avoid arrest by U.S. authorities. He remains a fugitive from prosecution on federal criminal charges for alleged violations of the Espionage Act relating to his 2013 exposure of the NSA’s massive collection of phone and internet data. While the Justice Department is seeking to recover all proceeds Snowden has earned, CNBC reported on Thursday that the actual amount owed is likely to be decided later by Judge O’Grady.

Snowden’s book called “Permanent Record” was published in the U.S. in September by Macmillan Publishing Group. Snowden, however, did not get clearance from any government agencies prior to the publication which is allegedly in violation of the agreements he signed with both the National Security Agency (NSA) and the Central Intelligence Agency (CIA). His book details the intelligence-gathering activities of the two agencies, including classified programs. It also describes how Snowden viewed himself as a whistleblower by revealing details about the government’s mass collection of emails, phone calls and internet activity in the name of national security. In his ruling, Judge O’Grady affirmed that under the agreements, Snowden was required to allow the government to review anything he planned to publish containing any information or material known to be classified. He elaborated:

The terms of the CIA secrecy agreements further provide that Snowden forfeits any proceeds from disclosures that breach the agreements. These terms continue to apply to Snowden.

The lawyers representing Snowden argued that the government had already broken the secrecy agreements by indicating that it would not give his book a fair prepublication review. They additionally claim that the book contains no material that had not previously been made public. However, Judge O’Grady ruled that the secrecy agreements “are unambiguous and clear,” with “no genuine dispute” that Snowden breached the agreements.

The judge also noted Snowden’s argument that the suit “is based on animus toward his viewpoint,” with the government selectively enforcing secrecy agreements. Lastly, Snowden maintained that the agreements did not support the U.S. government’s claim against him. O’Grady is also the judge in the extradition proceeding against Kim Dotcom relating to his now-defunct file storage service, Megaupload. Commenting on the ruling against Snowden, Dotcom tweeted:

Corrupt U.S. Judge Liam O’Grady, the former Disney lawyer who destroyed Megaupload without due process and declared me a fugitive and forfeited all my assets to the U.S. govt without trial, has just ruled that Snowden’s book proceeds belong to the U.S. govt.

What do you think of the ruling that the U.S. government is entitled to proceeds from Snowden’s book? Let us know in the comments section below. 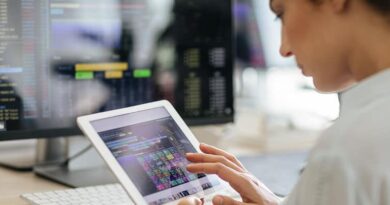 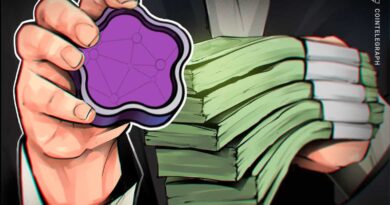