Popular photography company Eastman Kodak Co. is planning to raise up to $176.5 million ‎upon launching its own blockchain platform KODAKOne along with a photo-centric ‎cryptocurrency known as KodakCoin.‎

The latest update was revealed through an amended filing submitted to the U.S. ‎Securities and Exchange Commission by Kodak’s partner WENN Digital, a photo agency that ‎offers paparazzi images. ‎

The KodakCoin ICO was initially planned to take place in early January, in ‎partnership with WENN Digital, but its launch was delayed for several weeks. ‎KodakCoin developers delayed the much-anticipated ICO after revealing that only accredited investors, with an ‎individual net worth of $1 million or $200,000 in earnings a year, would be able to buy the tokens.‎

An initial SEC filing in January showed the Kodak’s ICO plans to raise only $6.75 million, which would ‎be issued as a security token under an exempt offering.‎

However, the latest filing indicates the offering will be made pursuant to a ‎Simple Agreement for Future Tokens, or SAFT, which is a contractual agreement whereby accredited investors obtain the right to a future distribution of tokens.

The more than 100-year-old company saw its share price more than ‎tripled after announcing that it would utilize blockchain technology to ‎create an encrypted, digital ledger of rights ownership for photographers. KODAKCoin will ‎enable participating users to register both new and archive work that they can then license within the ‎platform.

With KODAKCoin, photographers and agencies will receive ‎payment for licensing their work immediately upon sale. KODAKOne operates as the image rights management platform whilst the KODAKCoin cryptocurrency will provide photographers with a new, secure revenue stream.‎ 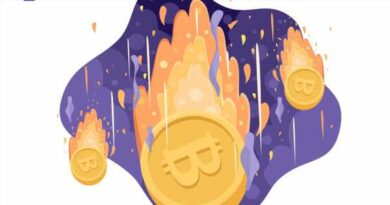