The Linux Foundation, a nonprofit enabling mass innovation through open source software, has officially announced the addition of 35 silver members and three associate members. That list includes the likes of Bank of America as well as blockchain based services providers MATRIX and Xage Security.

More technology leaders around the world accept that sharing intellectual and infrastructure resources is a needed step to connect the world economy. The importance of the Linux Foundation, which focuses on building sustainable open source ecosystems, continues to grow.

Most recently at the Open Network Summit, the foundation announced the addition of 35 new premium members such as Twilio, Beijing Truth Technology, and Intuit. These companies have committed to contribute to or support open source communities and projects.

Executive director of the Linux Foundation Jim Zemlin elaborated on his feelings regarding the large list of new additions:

“It is exciting to welcome so many wonderful organizations from across technology, finance, education, transportation, communications and other important industries into The Linux Foundation…We look forward to working with them and the broader open source community to continue building new and better innovative technologies.”

The 35 new foundation members have also committed to continuing or beginning to pledge support in several Linux Foundation projects such as: Cloud Native Computing Foundation, Hyperledger, and LF Networking Fund. These projects work to build open source frameworks and figure out ways how open source technologies can be enabled to similar ecosystems.

A great example of this is the LF Networking fund. The LF fund goal is to increase collaboration and operational excellence across networking projects.

Now over 100 members strong, the fund is another example of the positive geographically diverse momentum around open source projects.

As the Linux Foundation continues to grow and have a bigger impact, we are sure to see some amazing advancements in the open source ecosystem with foundation members leading the way.

Do you think having more Blockchain Companies involved with the Linux Foundation would lead to a better response from regulators such as the SEC? Let us know. 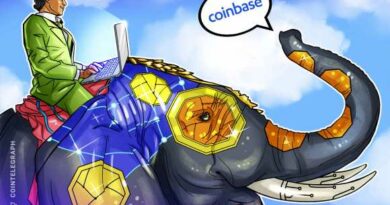