According to the institutional cryptocurrency storage platform Kingdom Trust, the company is now insured by the world’s largest insurance marketplace, Lloyd’s of London. The Kentucky-based alternative asset custody service, Kingdom Trust, claims to hold assets worth $12B that consist of 30 digital currencies under its wing. This Tuesday the institutional digital currency custody service, Kingdom Trust, which holds $12B USD worth of assets announced that Lloyd’s of London will insure the firm’s reserves. Kingdom Trust provides institutions and individuals digital currency custody management and alternative asset investment funds. Additionally, the company has registered investment advisors for its clientele and a variety of investment platforms. Last January news.Bitcoin.com reported on the firm almost being acquired by Bitgo, but in May Bitgo later revealed it would be offering its own institutional custody services.

“From the very beginning we saw insurance as a key factor to bring institutional investors into the marketplace,” explains Kingdom Trust’s chief executive officer Matt Jennings.

Kingdom Trust says the firm adheres strictly to current SEC regulations and they are qualified to handle multiple investment vehicles. Customers who don’t want to invest directly into cryptocurrencies can still gain exposure by investing in publicly traded or private funds, and hedge funds.

For customers that do hold digital currencies, Kingdom Trust says on its website that it uses secure cold storage and has a strong relationship with other cryptocurrency providers. Jennings details on August 28 the firm had received a “drastic discount” from Lloyd’s of London for using cold storage. However, when asked about the insurance deal with Kingdom Trust, the insurance provider Lloyds declined to comment. Being the largest insurance marketplaces, Lloyd’s managed 85 syndicates and 56 managing agencies that wrote £33.6 billion worth of premiums in 2017.

What do you think about Lloyds of London insuring the alternative asset custody service Kingdom Trust? Let us know what you think about this story in the comment section below.

Images via Shutterstock, Lloyd’s of London, and Kingdom Trust

Bank of England Uncertainty – What Does this Mean for Crypto? 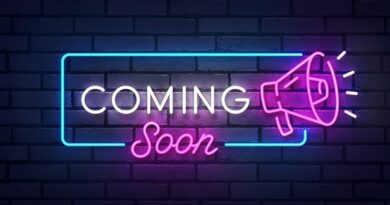