California-based Marathon Patent Group Inc has announced its expansion towards the lucrative Bitcoin mining business. The company has opened operational facilities in the mining-friendly region of Quebec.

According to reports published by Nasdaq, the company purchased 1,400 Bitmain Antminer S9 miners on February 8th, and a week later announced the leasing of 26,700 square feet of data center space in Canada.

In yesterday’s announcement, Marathon revealed that it had successfully completed the installation and also started the mining process.

“Today’s announcement represents a milestone for the Company. I’d like to thank everyone that worked so hard to make this day a reality for our shareholders,” said Merrick Okamoto, Marathon’s interim CEO and chairman of the board of directors.

For now, the company is utilizing approximately 2 MW of power and delivers approximately 19 Ph/s of ASIC mining capacity. However, it is planning to expand its mining operation threefold by adding 2,800 more mining devices, for which it is seeking an additional 3.9 MW of power.

As it goes with the acquired ASIC devices, Marathon will engage in mining bitcoins, at least for now. However, the company has plans to utilize the SHA256 algorithm to mine other cryptocurrencies, like Bitcoin Cash, in the future.

Marathon previously licensed IPs, but after its acquisition of GBV it shifted its focus towards cryptocurrency-related businesses. GBV is currently only focused on mining digital assets, however the company has massive plans to expand its business by adding specialized computer equipment and jumping into the mining process for new digital coins.

The impact of the announcement is clearly visible on the stock prices of the NASDAQ-listed company. The gradually declining stocks of Marathon soared as the market opened today, and the firm added more than 58% to its value in a single day of trading.

Best Gaming Cryptocurrencies to Invest in 2019 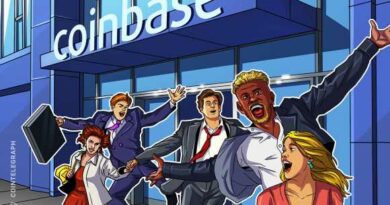