Ari Sarker, the Co-President of Mastercard’s Asia-Pacific, said that they would be happy to consider facilitating the use of digital currencies that are issued by central banks across the world.

Mastercard’s Co-President of Asia-Pacific Ari Sarker said the payment company would happily look into facilitating the use of digital currencies that are issued by central banks around the world.

In an interview with The Financial Times, Sarker said Mastercard would be willing to facilitate if the coin in question was a national cryptocurrency that was legitimate and was used as a national digital currency issued by central banks.

“If governments look to create national digital currency, we’d be very happy to look at those in a more favorable way [compared with existing cryptocurrencies],” Sarker said. “So long as it’s backed by a regulator and the value … is not anonymous [and] it is meeting all the regulatory requirements, I think that would be of greater interest for us to explore.”

Mastercard is one of several credit card companies that have made it tougher for customers to use their payment cards to purchase Bitcoin. By reclassifying such purchases as cash transactions, more fees are levied when customers purchase cryptocurrency. Sarker told the FT that the company is currently running a test in which it will enable customers to cash out of Bitcoin to a Mastercard. However, the executive said stringent Know Your Customer and anti-money laundering controls have been put in place. He warned the credit card company has no exposure to the wild swings of Bitcoin’s price.

“We are not operating trading of Bitcoin through the Mastercard network,” Sarker said. “[The pilot] is a toe in the water; we’re fully cognizant of the reputational risk.”

The cryptocurrency pilot, which is not widespread as of yet, is taking currently being tested in Singapore and Japan. A Mastercard spokesperson declined to provide the FT with more details. However, the spokesperson did say the company’s research and development arm has filed for “more than 30 patents related to blockchain technology and cryptocurrency.” Sarker added that Mastercard has also had “25 to 30 engagement discussions” with Asian cities about rolling out contactless payment systems that are similar to the one being used by Transport for London. 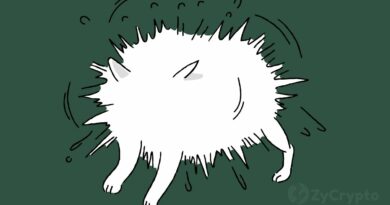 Euro stablecoin launched on Stellar by one of Europe's oldest banks