Credit cards giant expresses openness to working with government-backed digital currencies, having labelled all other cryptocurrencies as “junk”.

MasterCard is willing to embrace cryptocurrencies – but under certain conditions. The global payments processor has expressed its openness to exploring digital currencies, as long as they are central bank-issued.

In an interview with the Financial Times, Ari Sarker (co-president of MasterCard’s Asia-Pacific business) said the company would be receptive to the prospect of facilitating national, government-backed digital currencies only.

“If governments look to create national digital currency we’d be very happy to look at those in a more favourable way. So long as it’s backed by a regulator and the value . . . it is not anonymous, it is meeting all the regulatory requirements, I think that would be of greater interest for us to explore.”

Cryptocurrencies have not been received warmly by governments and regulatory authorities worldwide, owing to their anonymity, the difficulty of regulating and classifying digital assets, and their potential for usage in criminal activities such as money laundering and fraud.

Numerous governments have been contemplating the idea of a state-backed cryptocurrency – such as Russia’s ideas for a CryptoRuble, Singapore’s Project Ubin, and Israel’s plans for a digital version of the shekel – but none of these plans have been realized as yet. While Venezuela released the state-issued Petro, the digital currency has been mired in controversy, with the USA having recently banned all transactions with the Petro.

Financial institutions have also been hesitant to join the crypto craze – banks which have banned the purchase of crypto via credit cards include J.P. Morgan Chase and Citigroup. In general, MasterCard has not been a fan of Bitcoin – last year in October, CEO Ajay Banga claimed the company would “find a way to be in the game” if governments started to issue digital currencies, and went on to state that “non-government mandated currency is junk”.

Earlier this year, MasterCard and Visa made the process of buying Bitcoin even more difficult for customers, by reclassifying crypto purchases as “cash transactions”, which means added fees.

However, despite all this, MasterCard does appear to be approaching cryptocurrencies, albeit cautiously. Sarker told the Financial Times that MasterCard currently has a test program in Japan and Singapore under which cardholders are allowed to “cash out Bitcoin on to a MasterCard” – however, the program involves strict adherence to both KYC and AML rules.

“We are not operating trading of Bitcoin through the MasterCard network … [The pilot] is a toe in the water, we’re fully cognisant of the reputational risk,” Sarker clarified. 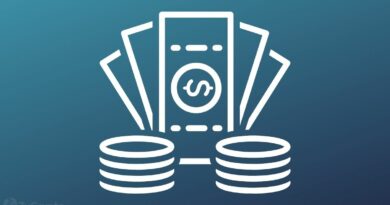