Despite the progress of cannabis legalization is a massive global movement, many large social media media organizations are still not happy with cannabis related content on their networks. With more and more businesses being discriminated against based on anti-marijuana laws, one company has come up with a smart solution that plans to make a new home for cannabis users and businesses.

Smoke Network aims to be a decentralized blockchain based social network where people can easily connect without being marginalized by companies like Facebook just for posting cannabis related content.

After launching their successful cannabis brand, the team behind Smoke Network realized first hand how a social media presence can be easily removed by large companies after having their own page closed down, losing hundreds of hours of work and tens of thousands of followers overnight.

The difference between Smoke Network and a regular social network is that content posted on the Smoke Network will be stored on an immutable blockchain that no centralized authority has control over. This makes censorship of content virtually impossible even by world governments.

The Smoke network blockchain will feature a DPoS consensus protocol capable of scaling to thousands of transactions per second. Moreover, the blockchain will allow users to earn cryptocurrency by contributing to the network via a daily rewards pool similar to the successful Steem platform. The social network will reward both content curators and content producers, unlike major social media giants such as Facebook or Twitter where only one company is raking in advertising revenue off of their users content.

Long term plans of the network include the addition of strain reviews and dispensary reviews to the platform. Smoke Network users will be able to earn cryptocurrency for their knowledge and contributions here – by recommending the best strains and local dispensary spots.

Smoke Network held a successful pre-ICO held in 2017. Now the team is back with a revised whitepaper, a working beta application and a frontend prototype for their first DApp Smoke.io running off of the smoke blockchain, and a private testnet in active development.

The main Smoke ICO will start on 20th of April 2018 (4/20) until 25th of May 2018, giving the community another opportunity to help us build a global decentralized social network of cannabis users.

Until then, Smoke Network is offering a unique opportunity to earn SMOKE tokens. By participating in the Smoke Network Airdrop, you can earn small amounts of SMOKE tokens for simple tasks – such as tweeting about Smoke Network or inviting friends to the network. Moreover, each week one lucky user will be awarded with $420 worth of Smoke branded gear. If you’d like to be a part of the Smoke Network community but you don’t have funds to invest, the Smoke Airdrop is a great way to still be involved.

For more information, check the Smoke Network’s website or their telegram. 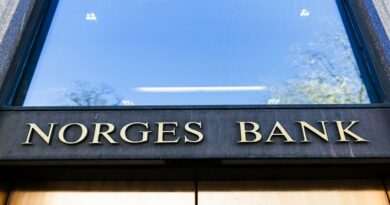 Norwegian Central Bank to Test CBDC over the Next 2 Years