Coinbase continues its march toward mainstream dominance, as the popular fiat-to-crypto exchange just opened a bank account with British banking titan Barclays and received an important e-money license from the United Kingdom’s top financial watchdog. The takeaway? Coinbase is pivoting decisively into Europe.

While Coinbase is already hegemonic in the United States in being the top American fiat gateway into and out of crypto, the exchange is seemingly setting its eyes on world domination — or at least European domination, for now.

That’s because the company just delivered a double-whammy across the pond: the Y Combinator-backed exchange was formally granted an e-money license from the U.K.’s Financial Conduct Authority (FCA), while Financial Times reports that the exchange has also “secured a bank account” with multinational banking powerhouse Barclays.

The e-money license is a huge development for numerous reasons. First, Coinbase will now be a legally recognized electronic money facilitator not only in the U.K. but also in more than 20 nations in the European Union bloc. Secondly, the license will see the company’s U.K. branch begin separating its own funds from clients’ funds, storing the latter in traditional bank accounts.

That dynamic puts Coinbase’s European operations one step closer to being completely “above ground,” as it were, regulatory-wise.

The new Barclays relationship is also significant, in that it will see Coinbase’s European banking transactions sped up by Barclays’ participation in the United Kingdom’s Faster Payments Scheme.

Hitherto, Coinbase’s U.K. subsidiary had been solely relying on the services of an Estonian bank.

For their part, Barclays has established relationships in the cryptoverse before. The bank is currently partnering on a social payment app with Circle, the blockchain settlement rail play that just bought up American cryptocurrency exchange Poloniex.

On Tuesday, March 13th, word quickly spread on social media that users using the merchant-focused Coinbase payments gateway were experiencing loss of funds due to a BIP70 update mistake.

Within approximately two hours of the alarm being sounded, though, Coinbase Support responded on Reddit, clarifying the situation:

“Dave from Coinbase here. We recently rolled out Segwit on Coinbase, and as part of this roll-out, our BIP70 payment protocol implementation was impacted. Specifically, the address contained in the payment request payload was not Segwit compatible.

As soon as we were notified about the issue we started working to resolve and the issue was fixed within hours. Less than 30 customers were affected by the issue and we’ve issued refunds to all customers. We’re sorry for any inconvenience caused.”

A resolute response to a serious issue, to be sure.

What’s your take? Do you see Coinbase angling to become the world’s top fiat-to-crypto exchange? Sound off in the comments below. 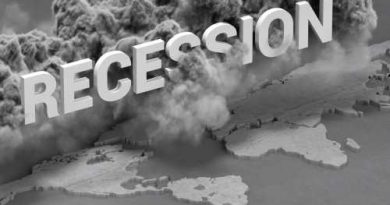 Can Increased Odds of a Recession Cause Crypto to Rise?

What Does The Current Market Bad Spell Mean For Cryptocurrencies?