Nano (NANO) is the rebrand of a project and coin formerly known as Raiblocks (XRB). The rebranding took place in late January in an event that would cause a 41% price surge of the coin in 24 hours. Nano (NANO) was trading at $18.84 on the day of the rebranding. Nano has also seen exciting times in the first days of January when it was trading at $37.34. The same coin, but under the name of Raiblocks (XRB) was only trading at $0.20 on December 1st. Doing price comparisons, $37.34 is a 18,570% increase in value from $0.20 and a 4,435% increment when you consider the current trading value of $9.07 less than 4 months later.

It is with such figures that Nano (NANO) can be declared as a sleeping giant that not too many traders have recognized in the crypto-verse. But that is soon to change as more and more crypto-traders have come to notice the massive potential in this coin  that has a circulating supply of 133,248,289 and a maximum supply of the same amount. This is because Nano has been full mined eliminating the need for transaction fees charged for verifying transactions in a process known as mining. This is the process seen in Bitcoin (BTC).

The Nano (NANO) coin and project was launched in 2015 and offers instant transactions with zero fees. Yes. Zero fees. Also, each account on the Nano platform has its own blockchain as part of a larger directed acrylic graph. Each individual provides the computational power for the verification of their own transactions. This means that the entire network does not need to update the overall ledger together in massive blocks. Nano can also process one thousand times more transactions per second than Bitcoin.

This makes Nano (NANO) ideal for trading pairs in exchanges, instant peer-to-peer micro payments and any transaction that requires quick processing. This is boosted by the fact that Nano has working wallets on Android, iOS, Windows, Linux and MacOS. As soon as these wallets become mainstream, Nano (NANO) will become a household name.

Also to add, is the integration of Nano on the social media platform known as Twitch. This means that anyone who streams on Twitch can recieve Nano (NANO) instantly from their viewers. The tips or donations will be free of transaction fees as mentioned earlier.

In conclusion, anyone watching the crypto currency market is sure to spot the progress of Nano (NANO) and its infinite possibilities moving forward. I for one, will start snatching the coin in the markets as soon as my next paycheck kicks in. The Lambo is not too far away. 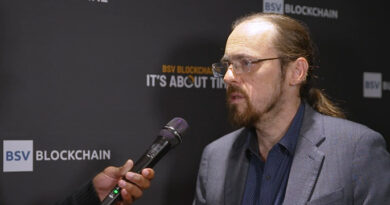 Teranode to launch in 2022, Steve Shadders confirms on CoinGeek Backstage 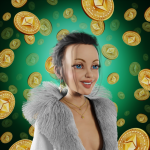