Pantera Capital, a leading Blockchain investment firm and one of the largest institutional owners of bitcoins, will make a significant investment next week in the token crowdsale of Maecenas, a decentralized art gallery democratizing access to fine art. Pantera Capital, which has launched a $100 million hedge fund for cryptoasset tokens, is actively partnering with Maecenas in creating a marketplace for famous artworks.

The Maecenas public token crowdsale will start on September 7, 2017 at 5pm CES. It will offer ART tokens that allow users to auction masterpieces from the likes of Picasso and Goya on its Blockchain-powered platform. Maecenas is also among the first projects to pass through Cofound.it, the leading platform for training the world’s most promising Blockchain startups. Maecenas will leverage Cofound.it Priority Pass to host a token pre-sale commencing September 5, 2017 at 5pm CEST. The minimum sale threshold is $3 million USD, with a milestone target of $10 million USD, and a $20 million USD hard cap.

“Tokenizing existing asset classes that are currently illiquid is a great application of Blockchain tech,” Joey Krug, Pantera’s co-chief investment officer, said. “The art market is a perfect one to tackle first because it has extremely high fees on both sides (approaching 50% of the artwork if you combine them), very little liquidity, high barriers to entry, and less implementation issues than say tokenizing real estate.”

“I’m also excited about the idea of art as a new asset class in general, and think Maecenas can help democratize access to it. We’re excited to play an active role as a partner of Maecenas to help them succeed leveraging our network and experience with Ethereum,” Krug added.

“We are thrilled to have Pantera Capital as investors and partners. Their excellent reputation and vast experience helping Blockchain startups grow, combined with their extensive network worldwide is going to be instrumental in helping Maecenas be successful,” Maecenas CEO Marcelo Garcia Casil said. “We are delighted to have the support of Pantera Capital’s team and we very much look forward to the exciting journey ahead of us.”

Maecenas’s ART utility token functions as a clearing and settlement mechanism for all transactions of artwork on the Maecenas ecosystem. Blockchain technology is used to break down a single piece into many fragments and create tamper-proof digital certificates denoting ownership. Supporters will be able to use ART tokens in auctions to bid for these certificates.

Maecenas has studied global financial jurisdictions, built a minimal viable product, and lined up masterpieces to be offered on the platform. Maecenas will dedicate up to $10 million USD towards operational costs to launch its platform and open in markets around the world. Contributions beyond the $10 million will be dedicated to to art financing to stimulate activity on the platform.

Supporters can participate in the Maecenas crowdsale with Ethereum (ETH). 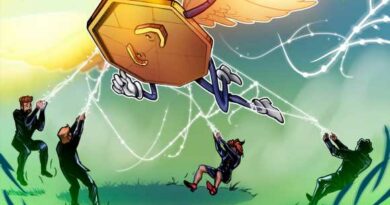