Home » Crypto » Petro Conundrum: How Much Did Venezuela Actually Raise?

Venezuela beat every country on the globe in the race to launch a government-sponsored cryptocurrency. However, the circumstances under which Nicholas Maduro’s government announced the digital coin have attracted criticism not only from around the world, but also from opposition parties in the country itself.

In a recent claim made by President Maduro, the government raised $5 billion in the pre-sale of the digital coin, called the Petro, as reported by the local news outlet TeleSur. He further claimed that the number of certified purchases went beyond 186,000. Maduro made the claims in a meeting with the United Socialist Party of Venezuela (PSUV).

He affirmed that the cash will be obtained “to buy everything our country needs, it is part of the economic solutions “.

President Maduro is not the only government figure to make such insane claims. Venezuela’s cryptocurrency superintendent Carlos Vargas earlier claimed that over 83,000 individuals from 127 countries attempted to purchase the oil-backed cryptocurrency, of which 3,523 were entrepreneurs. After the launch of the pre-sale, President Maduro claimed that by selling the Petro in a closed-door sale, the government raised $735 million in a single day.

Retaliation From the Opposition

One of the primary reasons for the introduction of Petro is to overcome the US-imposed sanctions on the country, which have led to economic distress. However, the government of Venezuela is now facing an avalanche of criticism.

The majority of lawmakers did not agree with the government’s move, and the country’s opposition-run congress called the cryptocurrency an “illegal and unconstitutional” instrument.

Moreover, many Venezuelan technocrats are questioning the authenticity of the claims made by the government regarding the figures of the pre-sale.

No doubt, the website and registration process for the purchase of Petro is full of bugs. The website even allows anyone to register with a fake name and passport number, which could lead to illegal activity using the Petro.

In the Caracas Chronicles, Alejandro Machado, a US-based Venezuelan technocrat, wrote: “The NEM blockchain (the network for transferring PTR) allows anyone to see the full record of transactions, and there have been zero — all Petros are controlled by one address.”

The NEM wallet, which is believed to be the one controlled by the Venezuelan government, shows that the authority is yet to initiate the distribution process of the 100 million Petros.

“So how exactly did they raise that much money? On promises that they’ll send investors PTR in a few days? Who is that gullible?” he added.

Confusion At Its Peak

The claims made by Nicholas Maduro and the retaliatory comments of the opposition have left cryptocurrency investors around the world in confusion. While $5 billion is a too big a number to be true, claims that they have not raised a dime also seem to be made of thin air.

Anyway, in a totalitarian regime like Venezuela, transparency is necessary if the government wants the world to believe that the figures are true.

Brazil and U.S. Team Up to End $200 Million Crypto Scam

Bitcoin ATM Installed in Georgia Amid Growing Interest in Crypto 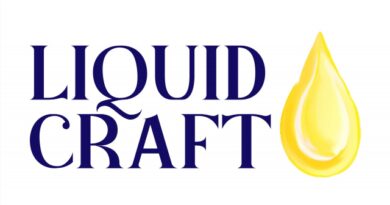