President Donald Trump has issued an order barring all U.S. residents from purchasing or trading the Venezuelan cryptocurrency known as the “petro.” He is authorizing Treasury Secretary Steven Mnuchin to carry out the newfound regulations.

“All transactions related to, provision of financing for, and other dealings in, by a United States person or within the United States, any digital currency, digital coin, or digital token, that was issued by, for or on behalf of the Government of Venezuela on or after January 9, 2018, are prohibited as of the effective date of this order.”

Not All It’s Cracked Up to Be?

The digital asset has been the subject of controversy since its introduction last February. Originally the subject of private auctions, Venezuelan President Nicolas Maduro tweeted that the sales resulted in over $735 million USD in profit, though this number has not yet been confirmed.

Additionally, though the coin would supposedly be backed by the price of Venezuelan-based oil reserves, investors would not actually hold any stakes in the country’s oil.

The coin was launched personally on TV by Maduro as a means for assisting the country’s ailing economy. Unfortunately, the petro hasn’t accomplished all it was slated to, primarily due to the socialist government’s desire to maintain control of all economic levers. Regions are still subject to high crime rates, extreme poverty, and exhausted food and water sources. Inflation is also anticipated to exceed 13,000 percent this year.

Managing director at Caracas Capital Russ Dallen said the ban is a “pretty big blow,” and likely to complicate things even further for Venezuela:

“Since most cryptocurrencies are not actually backed by anything real, cryptocurrency speculation is based on the greater fool theory. I can buy this at $100 because there is someone out there who is an even bigger idiot that will buy it at $200. When you take the U.S. out of that equation, you reduce the interest and potential for that speculation.”

President Trump further hinted that if Venezuela isn’t willing to comply to the new order, the United States would be willing to take stronger means to prevent it from gaining access to necessary capital under existing sanctions.

“We have many options for Venezuela, including a possible military option,” Trump first stated last August.

Vice President Mike Pence is also expected to add further pressure to Maduro’s government in a speech this coming Wednesday, according to his spokeswoman Alyssa Farah:

“The Vice President will call on all members to increase pressure on the Maduro regime to restore the country’s democracy and address the humanitarian crisis unfolding in Venezuela.”

Following the news, bitcoin’s price ultimately fell by $200, bringing it to just over $8,300 at press time.

Is the petro a joke, and is Donald Trump right to take such action? Post your comments below.

Stellar (XLM) Vs XRP – Which Is The Best Option At The Moment? 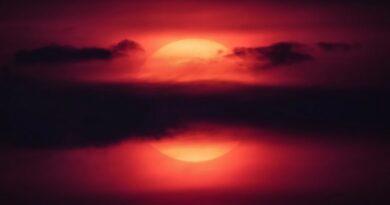 GBTC Unlocks Spells Doom For Bitcoin? Expert Breaks It Down