Ripple, the company behind the world’s fourth most valuable cryptocurrency, has briefly responded to the SEC allegations saying the US top watchdog is actually harming the community they are supposed to protect.

In an official response to the indictment of its top executives, as well as a separate civil lawsuit filed by the SEC for selling unlicensed securities, Ripple said it will contest the charges, adding that their lawsuit has affected innocent XRP retail holders with no connection to Ripple.

The company said it will submit their detailed response in a few weeks but at this point it still claims that the legal action was fundamentally wrong as a matter of law and fact.

“For eight years, we’ve built products that help hundreds of customers solve pain points around global payments — we will defend our company and look forward to settling this matter in court to finally get clarity for the U.S. crypto industry,” Ripple added.

The blockchain firm said the federal agency’s action, which sues Ripple for conducting a $1.3 billion unregistered securities offering, is not just about its associated token. It described the SEC’s lawsuit as an attack against the entire crypto industry in the United States, citing its previous warning about “a dangerous lack of regulatory clarity for crypto in the US.”

In the lawsuit, the SEC claims that Ripple illegally sold XRP tokens to US investors without registering their offer and sale as required under federal laws.

In the meantime, Ripple said it will continue to operate and support all products and customers in the U.S. and globally. The company added that majority of their customers aren’t Americans while most of XRP trading volumes occurs outside the US.

Lack of clarity from the US regulators about XRP’s legal status looks to be the sticking point, the company notes. This compares to operating under clear rules in other jurisdictions like the UK, Japan, Switzerland and Singapore.

Ripple concluded that it looks forward to working with the SEC’s new leadership, noting that its chair Jay Clayton and other six directors are leaving the position at the year’s end. The new chair of the market watchdog agency alongside other feds are expected to be named by President-elect Joe Biden next month.

This Top 10 Cryptocurrency is Surging 24%, And It's Showing No Signs of Stopping 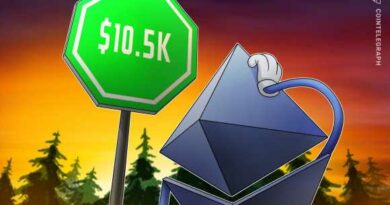 Ether could be heading for $10.5K, says Fundstrat strategist

Davos Forum to Discuss Crypto with BoE Governor in Panel

PundiX Price Analysis – NPXS Coin Continues To Shine With 17% Growth
We and our partners use cookies on this site to improve our service, perform analytics, personalize advertising, measure advertising performance, and remember website preferences.Ok