Cryptocurrency market enthusiasts would have noticed a rise in the XRP price with a solid 17.60% gain over the past 24 hours. Prices are getting spicier!

The recent Ripple [XRP] price increase comes on the heels of further speculation about Coinbase or GDAX enabling trading of Ripple’s native asset. Coinbase has denied all such possibilities at this time.

These existing rumors are effectively fueling the XRP price spikes and have pushed it over the $1 barrier. It is interesting how XRP bounced back to above $1 despite the issues the entire cryptocurrency markets have been facing over the past few weeks.

With a market cap of $41.57 bn and ranked 3rd in coinmarketcap, everything seems just right for Ripple.

Majority of XRP’s trading volume originates from the Bithumb exchange considering the fact that South Korean exchanges tend to inflate the trade volumes quite often. Binance takes the second position, albeit having a very small lead over Upbit. With 3 Korean markets in the top 5, it is an interesting race of evolution of these exchanges and the crypto market as a whole.

“The momentum behind XRP and Ripple is now a freight train!”

“I think Brad Garlinghouse is smart enough to know that, by going on fast money with COO/President of coinbase there will be rumors that might hurt the prices of XRP if a certain announcement isn’t made…. He is very smart and knows what he’s doing.”

Brad Garlinghouse, CEO of Ripple himself tweeted a few days ago stating:

“The revolution of Blockchain is not going to happen outside of the financial system, it will happen from within.”

Certain analysts believe that Ripple at this time is going through ‘hype and speculation’ stage especially after multiple partnerships but unchanging prices until yesterday. The current change in value will have XRP believers on their feet after a dead, cold February. 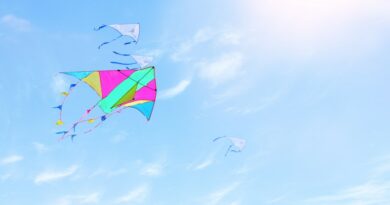 TA: Ethereum Outperforms Bitcoin, Why Bulls Could Aim $2,500 or Higher

One Thing The Markets Tell Us Today, Coinbase NEEDS XRP

The Bitcoin Bridge: Bitcoin education and the Tuvalu project with Brendan Lee