XRP is back down to $0.81, missing the $1 range again, but some believe this crash is a big-player move before a bigger rally.

Ripple (XRP) went through a flash crash after a large trader mysteriously placed a large order on Bitfinex to dump XRP at $0.49. This order triggered stop loss orders and liquidated them, and later, the XRP price recovered to the current level. XRP was down around 6% in the past 24 hours as a result of the order, and its weekly gain shrank to 13%.

The illogical sale order speaks of the ease of market manipulation, even if it cost the “whale” millions of dollars to perform the stunt.

XRP is most active on the Korean markets. Until now, it was believed the asset had too high volumes to be manipulated – but at least on one exchange, that was a possibility. Flash crashes are still possible in the world of crypto coins, which is completely unregulated.

Yet despite the volumes, Bitfinex did not have enough buy orders. A large selling order recalls the case of a “bear whale” who dumps a lot of coins. However, the lack of buyers caused a flash crash, instead of a sideways movement as buyers “ate the bear whale”.

The XRP flash crash came as other altcoins were also retreating from the robust gains made in the past weeks. Some believe that beyond whales, bot trading and automated orders are also causing the market to behave in a turbulent manner, increasing the risk for ordinary holders, and making the realization of profit almost impossible.

The Reddit community around XRP expressed concerns that there is a coordinated effort to keep XRP below $1.

Not even the recent interview of Brad Garlinghouse managed to lift the price, as the community expected. The Ripple project has not been shy on communication, constantly revealing new banking partnerships. However, there are no proofs that the XRP coins would be used to perform international transactions in place of the SWIFT network any time soon. The Ripple project has a separate platform for banks, using the same distributed ledger principle, but not using actual XRP coins. 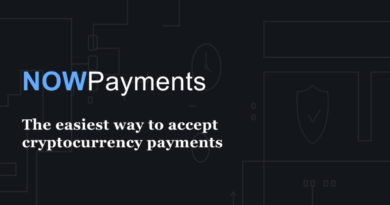