Over the past few months, the ‘Craig is Satoshi’ argument gained considerable momentum after a large number of prominent crypto-personalities joined the debate. Arguably, community sentiment has always been against Craig Wright and his “I am Satoshi” claim, with Calvin Ayre being the only strong supporter of Wright. Calvin Ayre has time and again proven his loyalty to Wright and the Bitcoin SV camp, via Twitter.

Though many prominent crypto-proponents, including Roger Ver and Binance’s CZ, had previously criticized Bitcoin SV, Wright and Calvin Ayre, Ripple’s David Schwartz had stayed away from the conversation. He broke his silence recently after Schwartz commented on one of Calvin Ayre’s tweets about the ongoing controversy.

On May 3, Craig Wright was served a legal notice by the a US District Court of the Southern District of Florida, which demanded that he provide ownership evidence of Bitcoin addresses which are over six years old. The court document said,

“In essence, he does not argue undue burden, he argues impossibility. The argument that Dr. Wright is incapable of providing an accurate listing of his current or historical bitcoin holdings was never presented in any of the prior hearings before this Court, when the Court was crafting the scope of discovery.”

As usual, Calvin Ayre was one of the few people who decided to side with Craig Wright and found himself on the wrong side of Ripple’s CTO. Commenting on the court order and its contents, Ayre tweeted, 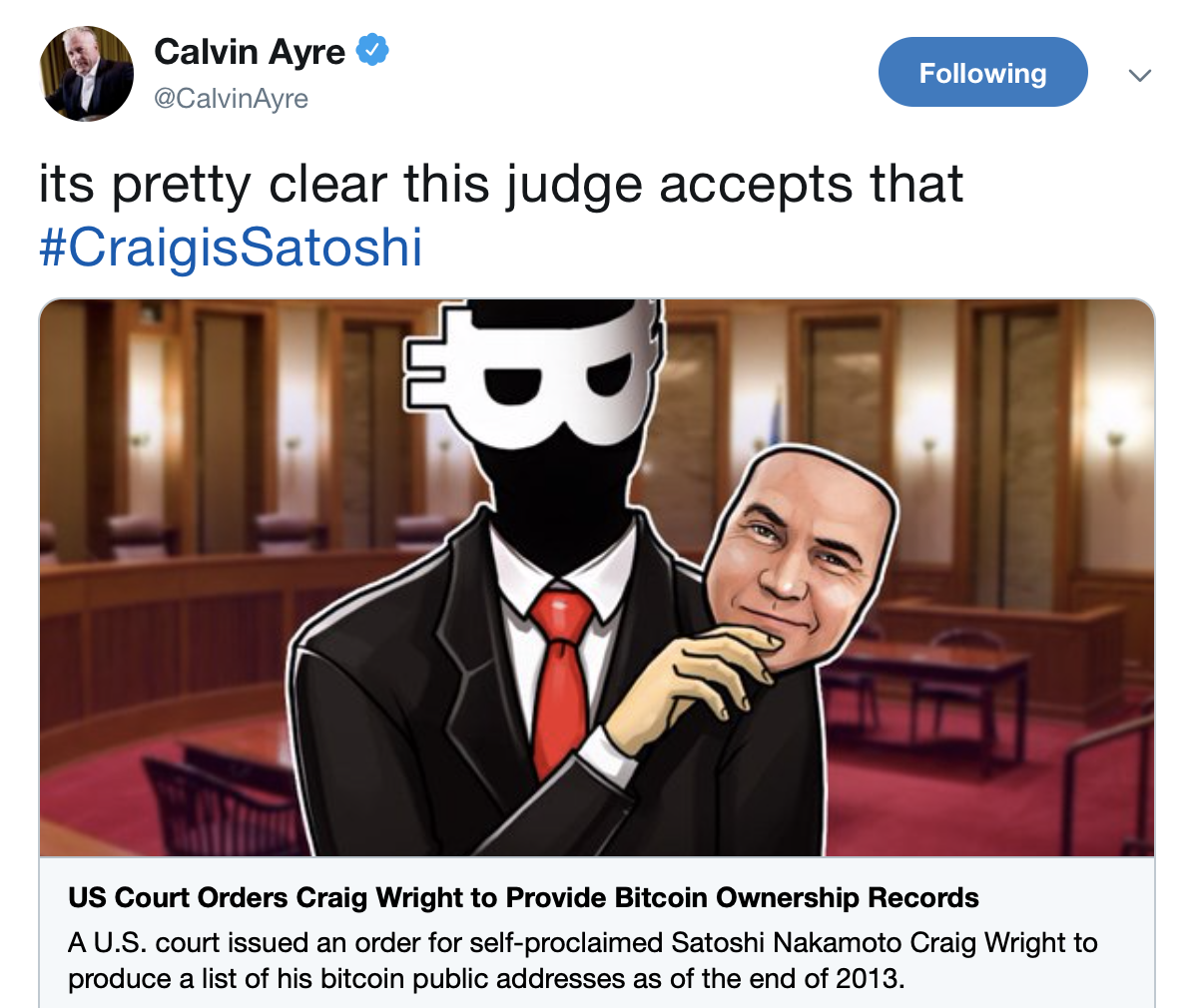 Replying to this tweet, David Schwartz criticized how Ayre was allegedly twisting words in his favor. He tweeted,

“Are you for real? People who believe you don’t usually demand you submit evidence to back up your claims over your strenuous objections. This judge is clearly almost out of patience with someone who has used up any good will he might have had.”

The tone of his reply seemed a little offensive to some Twitter users. However, many came out in his support. A user, @_nmesis, commented,

“lmao I was thinking the same thing, like how on Earth does Calvin come to this conclusion? This is peak delusions of grandeur ?”

CoinList Announces Airdrops with Focus on US Securities Compliance