As you might have guessed, Roger Ver’s appearance at this years Satoshi’s Vision Conference in Tokyo was awaited with great anticipation.

On the 25/03/2018, Ver addressed the audience at the TKP Gardencity Takebashi with a 30-minute speech, during which he touched upon issues of economic freedom, why its important and why it might lead to digital currencies changing the world.

Ver used a quote from Brian Armstrong, the CEO of coinbase.com, in which he says:

“Digital currency may be the most effective way the world has ever seen to increase economic freedom. If this happens, the implications are profound. It could lift many countries out of poverty, improve the lives of billions of people and accelerate the pace of innovation in the world.”

The entire conference focuses on a gap between Bitcoin Core and Bitcoin Cash, Ver doesn’t take long to reference this divide but I guess that’s a given, considering the demographic of the audience he is presenting to.

“Economic freedom is a measure of how easy it is for members of a society to participate in the economy.”

Then, he suggests that certain factors contribute to this, these include:

“How easy it is to start a business, whether property rights are enforced, free trade with people in other nations, regulation of labour and business and the stability of the currency.”

I believe Ver is describing an economic utopia here through which anyone can start a business, with their rights protected and that within the business, labour and finances are stable, with open trade from business to business across borders. This is just a small fraction of what Ver believes an international move into Bitcoin Cash could achieve.

Ironically, he then discusses an issue with regards to paying for the TKP Gardencity Takebashi venue used by the Satoshi’s Vision conference, putting the issue down to problems with a traditional banking system, Ver believes next year, they will be able to pay for the venue in Bitcoin Cash, a bold but very relevant claim to say the least.

So what does Ver believe economic freedom, through Bitcoin Cash, can achieve?

This does resonate once more with a vision of a utopia. As a psychologist myself I do wonder what experimentation has been done to conclude that Bitcoin Cash adoption will lead to the ‘higher self-reported happiness of citizens’, perhaps it’s something that I need to research but it does seem quite unlikely. Moreover, I also struggle to see a link between life expectancy and Bitcoin Cash specifically, but again, perhaps these are areas for me to research. It might have been useful for Ver to quote some actual statistics here, or provide some evidence, for both myself and the audience to go off. One thing is certain though, these are ideas that he’s very passionate about.

I could go on about this speech for some time, but I think I have brushed over the main points thus far. You can see the talk yourself here- https://www.youtube.com/watch?v=kMTsY3C3Fd0

There’s also a Q&A session at the end that provides some interesting insight to both Ver’s claims, and both the worlds of Bitcoin Core and Bitcoin Cash. Enjoy! 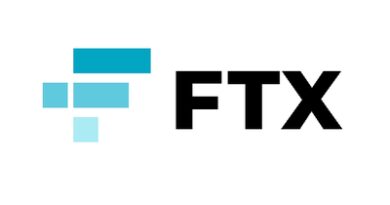 How To Buy FTT Crypto Coin?