Russia’s telecom ministry has created rules for digital tokens issued for fundraising purposes during initial coin offerings (ICO), but market players have slammed them as shoddy and harmful.

Russia’s Ministry of Telecom and Mass Communications wants ICO organizers to adhere to strict rules to protect investors and make the whole industry more secure. But participants warn that companies may be discouraged from holding ICOs in Russia as a result of some proposed measures, including a requirement to use the funds raised from token buyers “solely for the purpose of making provisions for future tokens buyback at their nominal price.”

The draft regulation published on the governmental portal regulation.gov.ru contains definitions of digital tokens and the rules for accreditation of agencies engaged in digital token generation events.  The ministry describes a digital token as an entry in the distributed informational system created by means of cryptographic algorithms. This entry will confirm that a token buyer is entitled to sell it back to the ICO organizers at the nominal cost, while the company will have to buy it back from any holder based on an irrevocable public offer. Compliance with the rules will be monitored by the ministry.

While accreditation is supposed to be voluntary, it will be hard to get it. Prospective ICO organizers should be registered on the territory of the Russian Federation with ownership capital of at least 100 million rubles. They will also need to have a license for cryptographic development, manufacturing and distribution capacity, and an account in a Russian bank to handle transactions with the proceeds from the ICO.

Ministry has missed the essence

The draft proposals fail to consider many important ICO aspects, according to market participants polled by Kommersant. There is no mention of the pre-ICO stage, which is deemed riskier for investors keen to buy tokens at huge discounts. Nothing is said about the so-called lock-up procedure – the prohibition to sell tokens within a specified time period.

“It is hard to comment on this regulation in any form as it is unhinged from reality,” said Arseniy Scheltsin of the Russian Association of Cryptocurrencies and Blockchain (RACIB).

The expert is outraged that companies are allowed to raise money only to be able to give it back instead of using the proceeds for business development and investments.

The document does not propose effective legislation and uses vague definitions that may lead to collusions in the future, according to Scheltsin. He believes the telecom ministry should not meddle in regulation affecting financial platforms.

To date, not a single ICO has been carried out in Russia, with all projects choosing to launch such events abroad. 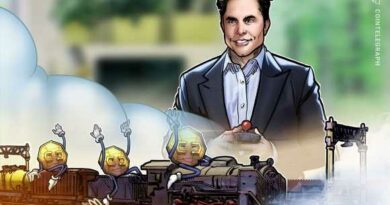 When will Elon Musk's influence on Bitcoin end?