Upbit, the largest cryptocurrency exchange in South Korea, has announced a rewards program for users who report scams.

South Korea’s Upbit, the third-largest cryptocurrency exchange in the world with trading volumes hovering around $1 billion, announced it would be rewarding customers who report of crypto-related scams.

In a general notice, Upbit informed its user base of the dangers of “ICO recruitment” schemes.

“Recently, it appears that the number of cases such as illegal multi-stage and Ponzi fraud that imitated ‘Kakao coin ICO recruitment’ is increasing. To prevent damage to illegal fraud and to create a sound ecosystem, Upbit will start operating a reward system,” the company wrote.

It then gave customers instructions on how they can submit their reports.

As far as we know, this represents the first cryptocurrency exchange to actively take part in the fight against scams. Fraud has become a major problem in these circles due to the fact that regulators have not yet organized themselves to take care of the problem.

The private initiative of this exchange might encourage others to do the same.

According to local Hankook Ilbo news agency, Upbit has already reported 20 of these scams to authorities.

By instituting this rewards program, it is probably hoping to up the ante by getting its users in on the action of investigating these scams.

For each scam reported, users will be rewarded with one million won (around $930).

The initiative by Upbit may have started because it noticed that its principal backer – leading South Korean internet company Kakao — was being impersonated in some of these scams as an ICO seeking recruitment.

Some of these ICOs appeared with names like Kakao Coin and other variations, perhaps prompting Upbit to begin scouring the web for scammers.

Fraudulent schemes such as these are now affecting countries all over Asia, growing in sophistication as time passes.

Authorities now have a new challenge to fight off, and perhaps they will get more help from the private sector as it is in its interest to ensure that the cryptocurrency world has a clean reputation. 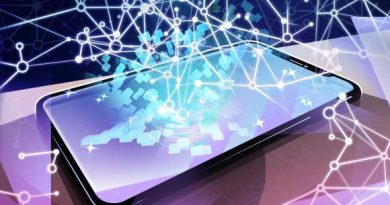