Banking Group Santander begins cooperation with Ripple in order to launch its international application for transferring money using technologies that the company provides through supported by Blockchain xCurrent and RippleNet.

Santander's CEO – Nathan Bostock, during a conference on the upcoming application on Blockchain, 23 March, said:

"In the spring of this year, we will be the first major retail bank to make cross-border payments using Blockchain technology."

Back in the beginning of the year, when the general director of the company Ana Botin presented the figures for 2017 year, she noted that the application will be available in Brazil, Poland, Spain and the UK.

The company invested in Ripple XRP as early as 2015 and 2016. Since then, Santander has conducted test trials with an application for international payments.

For some time, news and events related to XRP have fallen into the headlines especially often. Of the most recent it is worth noting that Ripple by transaction processing speed are overtaken VISA.

According to the Financial Magnates report, China's regulators, payment providers and banks are considering using xCurrent technology because they want to improve the quality of cross-border payments.

Yearn.finance’s (YFI) Market Structure Points Towards a Q4 Move Below $10,000 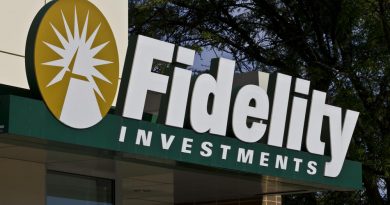 Fidelity Is Still Taking Flak for Its Crypto Offerings