Home » Crypto » Seeing through the Hype: Why Transparency Matters, at LocalCoinSwap

The earliest cryptocurrencies first emerged from the libertarian cypherpunk movement of the 90s, opposing the monopoly of big institutional structures to embrace the peer-to-peer nature of direct exchange. So why is it that the power and volumes have ended up concentrated in so few hands, particularly when it comes to the exchanges on which the majority of trades take place?

LocalCoinSwap is set to challenge this state of affairs, by using the Blockchain itself to provide transparency about the exchange to its shareholders.

“The very nature of the Blockchain is to create an immutable, trustable record, of every transaction”, explains Aapeli Vuorinen, LocalCoinSwap Lead Security Engineer.  “It made total sense to us to exploit that technology to provide this level of accountability to our shareholders, and we built that into our product plan from the very outset”.

Because LCS token holders are more than investors –they’re shareholders.

“As each person who possesses LCS Cryptoshares actually owns a part of the exchange”, Aapeli goes on, “We need to be able to provide them with accurate real-time data about the platform’s performance in any case, ss they will be participating in key decisions about the operational direction of the exchange – such as which new coins to list, which ICOs to participate in, or which new technological routes to pursue”.

“But before we get to decide between investing in atomic swap marketplaces or new strategic partnerships, we´ll be using the available and fully-tested blockchain technology we have built around, to provide continuous and transparent reports about all cryptocurrency revenues generated – which will subsequently be distributed as dividends.”

“Transparency has been one of our core values from the inception of this project, and all our code is available on Github for public scrutiny. Our smart contracts in use for Cryptoshare issuance, dividend tokens, and voting tokens are all open source.  Our development roadmap is shared openly in our whitepaper and via our community so that we can prioritize building the product that users need most.”

This level of openness has already resulted in a stronger product, more consistently aligned with the needs of users, because of the generous and active involvement of our community. These are people who are eager to get trading in our exchange, not just because they will each own a piece of it, but because they’ve helped shape the way it works.”

Involving users from the start means that LocalCoinSwap is creating a great user experience too, and making true P2P transacting in cryptocurrency a straightforward and inclusive experience.

“Transparency is at the heart of the P2P experience. All users will have the opportunity to leave feedback after every transaction, and also to respond to feedback left about themselves. They can also view previous feedback, and users will develop their own trust profile on the site, as the trading community grows.”

“LocalCoinSwap will provide an escrow service to mitigate the trust issues which inevitably impact any P2P space, and we’ll also offer mediation in the event of any dispute – but the trade itself takes place between the two parties involved, without any restriction on their entry currency, geographical location, or personal identity”.

Their fees are transparent too:

Aapeli explains: “We’ll charge a clearly-indicated and competitive commission fee to the trader advertising their offer on the platform, and that’s how we’ll monetize the deal. The purchaser, therefore, pays exactly the price advertised – no withdrawal or deposit fees, or any other sneaky hidden charges.  We will also reward high-volume traders with lower fees, and with indicators on their profile for the rest of the community. No whales hiding in plain sight, we intend to make it obvious who the big stakeholder are, and keep our community champions front and center”.

Clearly a breath of fresh air, which will shine a light on some of the less-than-transparent practices of their competitors, when they launch publicly in the summer. You can be part of it ahead of the public, by joining the presale on March 15th – and in the meantime, you stay in touch with the team directly on Telegram(https://t.me/localcoinswap), Facebook(https://www.facebook.com/localcoinswap/), Twitter(https://twitter.com/Localcoinswap), and register on their Website(https://www.localcoinswap.com/). 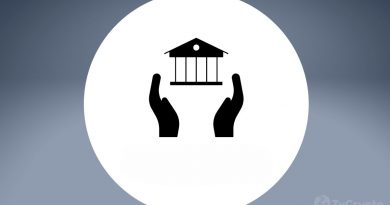