South Korea, the Asian country that has been several times in the crypto-news, may be working on a desirable cryptocurrency policy. But there may be a reason behind the intention to strictly regulate the market. Several times, important South Korean political figures, commented that they were searching the best possible way to regulate cryptocurrencies and blockchain technology before it’s too late.

Samsung is one of the most important technological firms in South Korea. And it is also the one that is leading the Blockchain market in the country. The company is also part of the Enterprise Ethereum Alliance (EEA) and a member of the Korean Blockchain Association (KBA). The KBA is working in order to self-regulate the cryptocurrency market, and the EEA wants to promote the use blockchain technology among enterprises.

The KBA is headed by Chin Dae-je, former executive at Samsung Electronics and former Minister of Information and Communication. According to Mr Chin Dae-je, the KBA’s role is to foster communication and coordination between the government and the blockchain community.

In September/October 2017, South Korea banned ICOs on its territory. The main intention was to protect consumers and avoid further problems. At that time, many ICOs were just scams or stole all the money from investors. Some of the ICO founders never appeared again.

The government tried to avoid these problems by establishing a clear regulation for ICOs. But it was not the solution to avoid the creation of ICOs. The ICOs just move abroad to other countries and were able to run their ICOs without any problem.

“Talent and innovation will always find a way to attract capital, if not in South Korea, then in Switzerland,” commented Timothy Enneking, US hedge fund manager.

According to the minister of the Office for Government Policy and Coordination, Hong Nam-ki, the government does not have a synchronized regulatory approach to ICOs, cryptocurrencies and blockchain.

How to solve this problem then? The government would have to work with enterprises, cryptocurrency and blockchain experts and financial analysts in order to search for better cryptocurrency regulations and more effective policies. 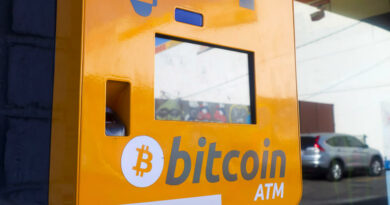