SyncFab is a peer-to-peer industrial marketplace that connects manufacturers with suppliers and customers in a fast, secure, transparent, and cost-effective ecosystem.

The system is built on blockchain technology that guarantees trustless verifiability of contracts and agreements, as well as impenetrable security of data and transactions. It promises to provide users with not only convenient on-demand purchasing, tracking, and reordering, but high-quality manufacturing quotes from players of all sizes all over the world, as well as transactions that are safe and secure. Overall, the system provides users with a highly streamlined supply chain process that lowers marketing, administrative, and manufacturing overheads.

Tech enthusiasts need no introduction to blockchain technology. First introduced in 2008 as a trustless, publicly verifiable, and decentralized way to store records and information, it is an idea whose time has come. Just as written records replaced word-of-mouth, and just as technology replaced manual pen and paper recordkeeping, the blockchain – a series of immutable records – have proven to be the next logical step in the progression of technology, data storage, and data transmission.

It is no wonder, then, that systems based on blockchain technology have taken the world by storm. Everything from agriculture and healthcare to finance and shipping, and even education, social media, governance, politics, and more, have found ways to leverage blockchain technology to make their processes smoother, faster, and more reliable.

The Power of Innovation

The world is a global village, and today you can buy virtually anything from anywhere within days or even hours. However, it wasn’t very long ago that things were transported via time-consuming, unreliable, and unsafe shipping – an industry that was laden with problems and inefficiencies. Loading and unloading ships often took weeks, theft was rampant, and the process was very slow and unsafe, as well as highly labor-intensive. Further, tracking shipments very difficult, and there was a limit to what could be shipped – the disorganized way in which things were arranged on deck limited each ship’s loading capacity, and product damage was a common occurrence.

All this changed with a simple invention, one that not only transformed the shipping industry but transformed global trade, commerce, and the world as we know it: shipping containers. For one thing, standardization in the way in which goods were arranged and transported in containers provided suppliers and vendors with the peace of mind they needed to ship products knowing that there could be no unauthorized opening of their containers. Further, product damage was minimized, loading and unloading was made quicker and easier, and shipment companies increased their packing efficiency and reduced lost space. In addition to these benefits, anyone could ship anything they wanted – all they had to do was prepare one container, and they immediately had access to a global market.

The vast reduction in transportation overheads that came about as a result of the introduction of shipping containers is one of the reasons the globalization we see today is even possible – and it is the reason we can buy goods from China, electronics from Japan, clothes from Europe, and food delicacies from far and wide all from our neighborhood stores.

There are numerous parallels that can be drawn between shipping containers and manufacturing as we know it today. For one thing, the global manufacturing industry is heavily dominated by a number of very large players. To illustrate this point, the recent cratering of Imagination Technology stocks after it fell out of favor with Apple is one extreme example of the disparities that exist between large manufacturers and small suppliers.

Furthermore, in the current setup, due to high overheads, manufacturers have little time or incentive to quote smaller orders from the vast inflow of orders they receive. As a result, not only is the procurement process painfully slow, many orders even go without being given quotes; small orders simply take up too much time and energy to be worth it. Also, there are numerous scattered systems and processes used in the industry, each of which relies on its own manual methods for customer outreach, procurement, contract bidding, shipping, delivery, and tracking.

According to recent studies, roughly one-third of US buyers cite finding the right manufacturing suppliers as being a problematic issue, while nearly 40% of buyers state that they have experienced security breaches in the last 12 months. Further, inefficient product procurement processes account for yearly losses of $1.5 billion in revenue within North American businesses, and the value of exported goods within the United States is estimated to reach $15 trillion by 2030.

With SyncFab, placing orders and giving quotes is quick and efficient, and manufacturers are compensated to participate because they are rewarded even if they do not win a bid. At the same time, bidders can quickly select manufacturers and place orders, while manufacturers themselves can use their spare capacity to fulfill the smaller orders they may never have even considered before. Furthermore, small and medium-sized businesses can access high-tier manufacturers that are usually out of the reach of smaller players, and intellectual property protection, as well as transparency across the entire procurement process, can be guaranteed as well.

When looked at holistically, one thing is clear: the gains from streamlining processes in the manufacturing industry are immeasurable, and there are significant gains to be made by efficiently connecting buyers with sellers, reducing order and fulfillment times, and increasing transparency and security across the entire manufacturing supply chain. This is what SyncFab aims to do.

Below is a summary list of the benefits of the SyncFab ecosystem.

–          Cheaper and higher quality quotes can be obtained directly from manufacturers, with no middlemen

–          Being connected to a vast network of local and international manufacturers, all of whom have been vetted, is a high value resource

Just as shipping containers revolutionized global trade by simply removing the high inefficiencies, overheads, and time costs associated with conducting business via shipping, SyncFab aims to do the same with the manufacturing industry. The technology and the platform on which to do it are ready, and each passing day brings us closer and closer to this as the only solution that makes intuitive sense. It is just a matter of time before this idea picks up steam and revolutionizes manufacturing as we know it, and SyncFab is at the bleeding edge of that change. 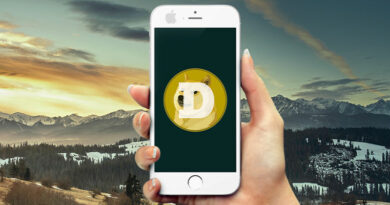 Cryptocurrency Dogecoin Now Available at 1,800 ATMs across the US

India Will Soon Use Blockchain Solutions In Telecommunication Industry

Decred Sets Its Sights on Decentralization in 2018