楊金龍 Yang Chin-long, Governor of the Central Bank of the Republic of China (Taiwan), has suggested to the country’s lawmakers that bankers are watching cryptocurrency prices closely, and that it has recommended bitcoin should be regulated under existing anti-money laundering laws.

Central Bank of the Republic of China, Taiwan, 中華民國中央銀行, appears to be signaling it will regulate cryptocurrencies such as bitcoin under the country’s existing anti-money laundering (AML) laws. Governor Yang was responding to lawmakers’ concerns about bitcoin’s lack of transparency when traded.

“In a hearing held by the Finance Committee of the Legislative Yuan,” Focus Taiwan reported, “Yang, who took the helm of the central bank in late February, suggested that the Ministry of Justice include Bitcoin into the purview of Taiwan’s Money Laundering Control Act due to the digital currency’s lack of regulation.” Furthermore, Mr. Yang attempted to reassure legislators that his agency was indeed monitoring bitcoin, going so far as to prepare investor guides or cautions about the decentralized currency’s supposed risks.

His remarks come on the heels of when, mere weeks ago, Finance Minister Sheu Yu-jer said Taiwan should tax bitcoin while treating it as a commodity. Mr. Sheu also claimed his department was studying the taxation issue.

Governor Yang confirmed having recommended to the Ministry of Justice how all bitcoin trading can fall under AML. These comments seem to be in line with regional efforts toward crypto: Malaysia this month has implemented know your customer (KYC) rules among exchanges, and South Korea has been trying to disrupt anonymous accounts through its banks using similar laws. “Yang’s comments,” Focus Taiwan continued, “echoed an earlier statement he made at a news conference after the central bank’s quarterly policymaking meeting held March 22, in which he urged the government to regulate Bitcoin in a bid to avoid disruption of the local financial market order.” He also “said major central bankers and international financial organizations are against legalization of trading in virtual currencies like Bitcoin.”

Bitcoin markets are easy to manipulate, he said, because “87.5 percent of the Bitcoin transactions have been owned by only 0.61 percent of the trading accounts in the world,” he claimed, reminding investors to “pay close attention to possible risks when they trade the digital currency.”

Do you think Taiwan will be successful? Let us know what you think in the comments below.

We got it all at Bitcoin.com. Do you want to top up on some bitcoins? Do it here. Need to speak your mind? Get involved in our forum. Wanna gamble? We gotcha. 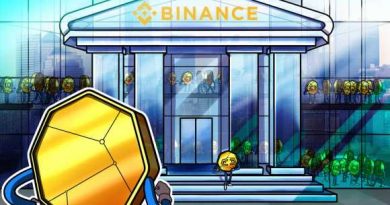