Home » Crypto » Texas Cops Could Be Getting Their Own Cryptocurrency

Despite the US not recognising virtual currency as legal tender, one Texas town near Dallas might be introducing its own cryptocurrency – if mayoral candidate Winston Edmondson gets his way.

Blue Coin is the chosen moniker of what would be  a ‘municipal cryptocurrency’ that would help generate revenue for an underfunded police department.

Edmondson’s proposals draw on the innovation of the ICO model as a means of funding the local police force without raising taxes. Blue Coin would be a community cryptocurrency that residents could use to buy goods at participating businesses, with a percentage of each transaction going to support the Lewisville police force.

With only 158 police officers serving over 100,000 residents, the force is under-staffed compared to similarly sized Texas city populations.

Edmonson hopes this would avoid the unpopular solution of raising taxes, and help connect the local community with businesses in a way that also assists the police. He told NBCDFW: “By saying they want to back the Blue Coin, they’re saying they want to give a percentage of every transaction. So basically you can think of it as a voluntary tax.”

This appears to be the first instance of a city municipality being interested in using cryptocurrency as a way to generate revenue, rather than a company. The coin could also be used for other purposes, such as enabling citizens to more easily invest in municipal bonds.

As a city cryptocurrency, it would need significant momentum to create change. This could be difficult in a climate of increased scrutiny – with internet giants Google and Facebook imposing blanket bans on cryptocurrency ads.

Jason Tyra, a Dallas-based accountant specializing in cryptocurrency, has expressed doubts – suggesting that the city needs a “critical mass of early adopters who are going to want to use this and who are also going to want to support the use case, which is the Lewisville Police Department.”

Despite a certain reliance on the good will of Texas citizens, Edmondson remained hopeful for the scheme to generate significant revenue, pointing out an existing city sales tax that raised around $2.5 million for the police force.

Unsurprisingly, he has also faced opposition, with the incumbent mayor Rudy Durham warning against the idea.

Whether you think its a publicity stunt or potentially revolutionary, if successful the coin could represent a new model of city taxation. The rise of cryptocurrency has raised the hackles of governments across the world, representing an alternative, non-taxable world of commerce.

Cryptocurrency theorists like Andreas Antonopoulos have suggested that as cryptocurrency gains ground, governance models will need to adapt to decentralisation. 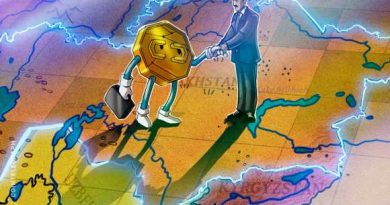 Russian users are welcomed by crypto exchanges in Kazakhstan, but there’s a catch