Home » Crypto » Tezos (XTZ) Price Keeps On Crashing, Is it a Good Buy?

An overly-zealous KYC procedure and legality doubts for US-based investors weigh on the price of pre-launch XTZ despite a live betanet.

Tezos (XTZ) keeps stumbling into ill luck, this time wiping out two thirds of its value within days, despite the encouraging news of creating a genesis block for a live blockchain. The looming distribution of a brand-new digital asset, which has an uncertain status according to US securities law, scared investors away and some dumped their XTZ, rather than go through the know-your-customer (KYC) procedure.

The XTZ market price for the pre-launch tokens had managed to keep a relatively stable level at around $4 for a long time. But after the mainnet beta launch was announced, the price sank to $1.40.

In another daily crash, XTZ slid nearly 40% on Friday morning (UTC), reaching as low as $1.10, before regaining some ground. For the past seven days, XTZ wiped out more than 60% of its value, and there is no end in sight to the slide.

However, some believe the Tezos project is facing a temporary glitch, and that at these prices, the asset is a definite bargain, once the period of fear is cleared. In the past, XTZ has had similar price dumps, saved by the strong community that kept holding their tokens for a very long time by crypto standards – yet some decided to give up on the project.

Still, XTZ has more patient holders, expecting the project to move on to the next stages and obtain listings on the new array of innovative exchanges, gaining liquidity and acceptance. The market capitalization of XTZ has dropped below $1 billion, as low as $766 million, but the expectations for the coin are extremely optimistic – a full recovery and a place in the top 5 coins.

However, the requirement for a KYC procedure is hampering US-based investors for now, and some may be barred from acquiring new tokens, or choose not to register the pre-launch tokens. So far, there is uncertainty whether completing a KYC for owning pre-launch tokens may trigger a tax event.

At the moment, XTZ relies on trading on HitBTC, where near-record volumes are marking the continued dumping of the coin, expanding the losses ahead of the weekend. 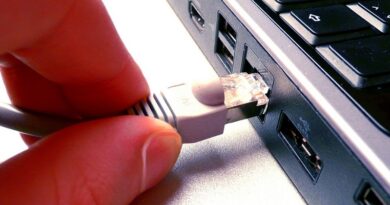